This hike was different from the others is several ways.

First, I didn’t go alone. My brother Jody came along. He has committed to doing the 75-miler with me this summer, and so it is time to get him out there building his legs and testing gear. He’s in better shape than I am and 12 years younger, so he doesn’t need as much work to be physically ready, but his gear situation is rather poor. I’ll be working with him to update his gear list and lighten his pack. Like me, he has been carrying 40+ lbs plus food for years.

Second, on this particular hike we just took day packs for simplicity. There was a rush at the end because neither of us had really prepared well. So we just grabbed daypacks, snacks, water and the survival essentials and hit the trail. I learned that my REI Flash 18 pack really isn’t big enough. Jody learned that a hydration pack was a bit too small as well. I plan to return to carrying a 30 lb pack on the next outing.

Third, the trail itself is a bit unusual. It is open to mountain bikes, so at lower elevations there were a lot of mud holes. There was also evidence that someone has been riding motorcycles up there as well.

On top of that, the Winberry Divide Trail is now a segment of the “Eugene to Pacific Crest” Trail (E2PC), which has been “completed” in recent years. Like the Pacific Crest Trail (PCT), Appalachian Trail (AT) and other long trails, the E2PC is actually stitched together from a number of pre-existing trails. Some segments are connected via new trail; other segments are connected by roads. The result is that you can now hike the 70 miles from Eugene to the PCT if you like. Maybe someday.

Some parts of the trail run right past private land. In this picture you can see a clear cut which has started to recover. Unfortunately, it doesn’t look like this area has been replanted, which is unusual: 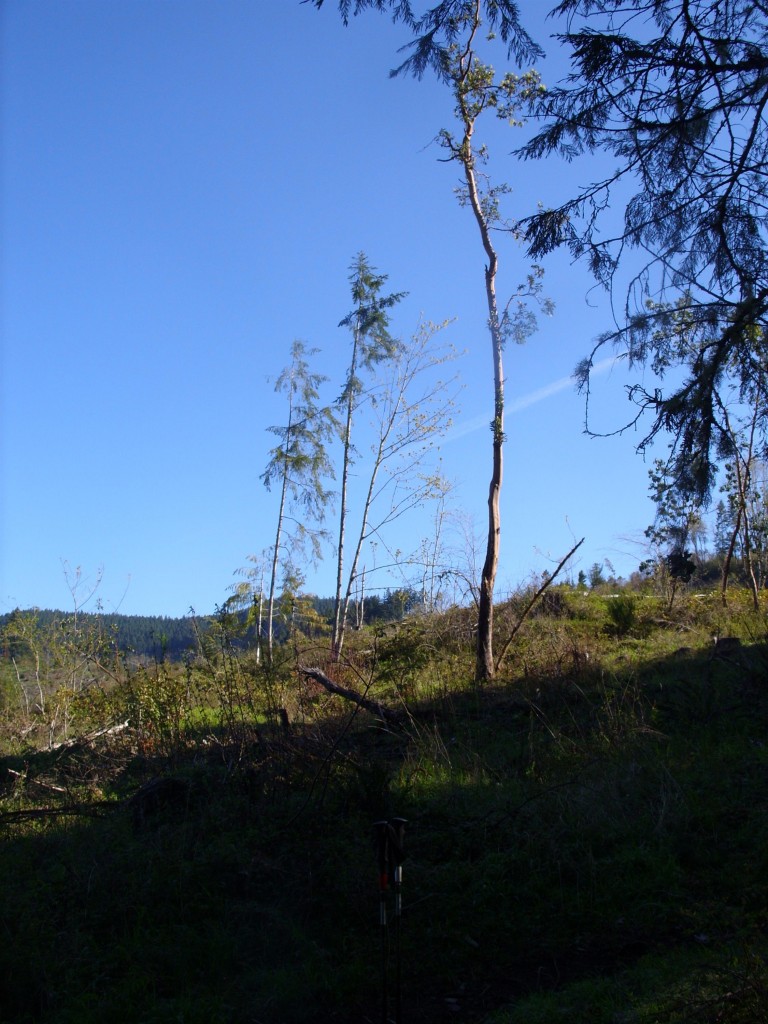 This is the closest we got to a view. That’s Lookout Point Lake over there: 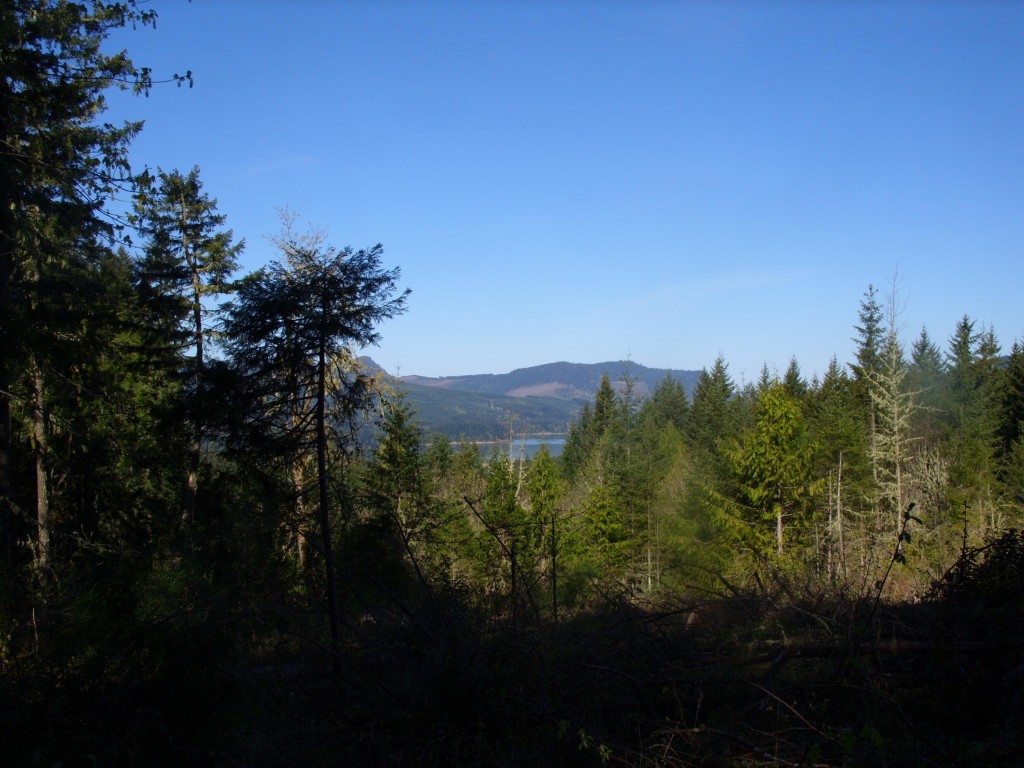 Spring has come. The moss has been here all along: 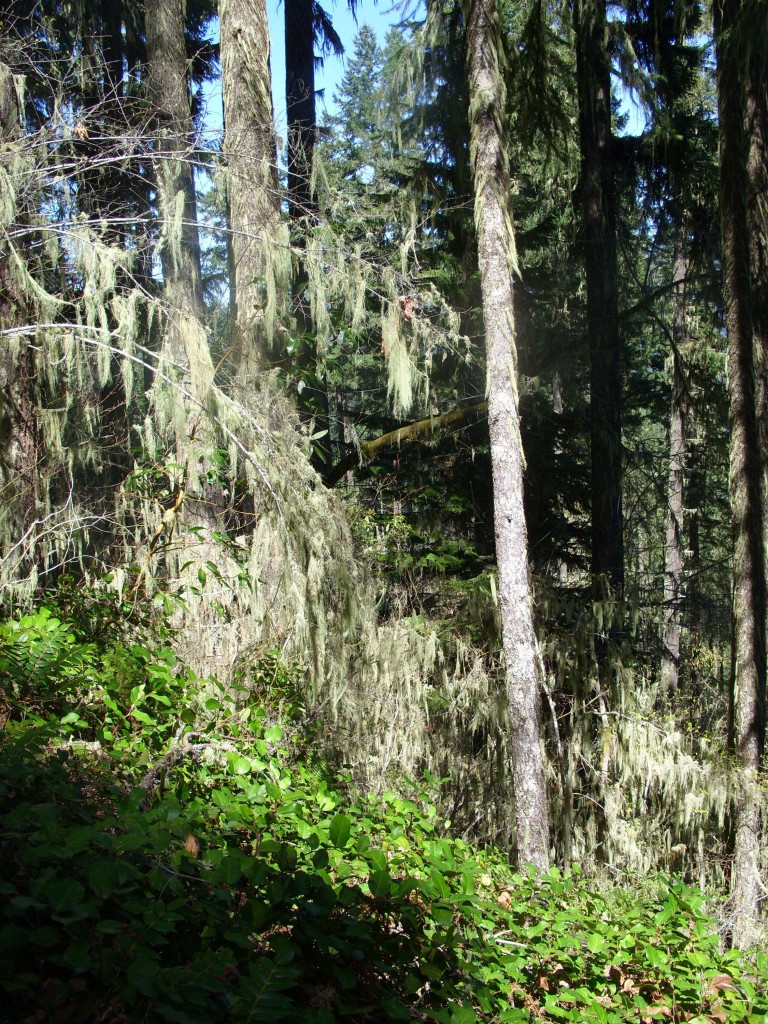 The majority of the trail winds along a ridge through old-growth forest. 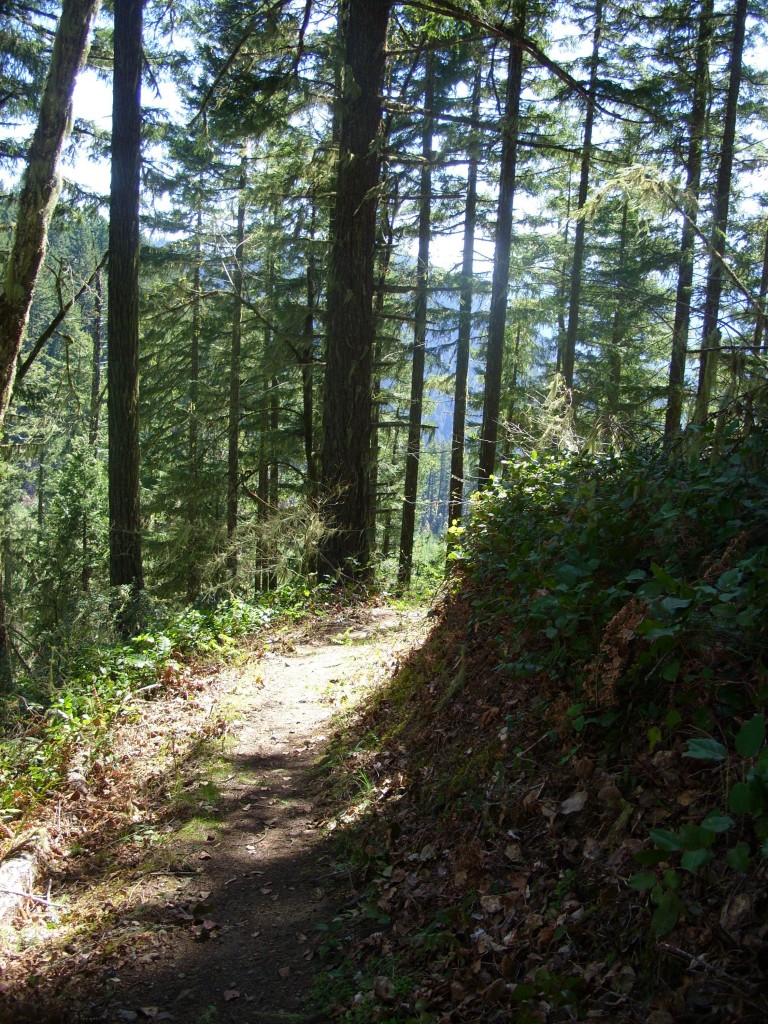 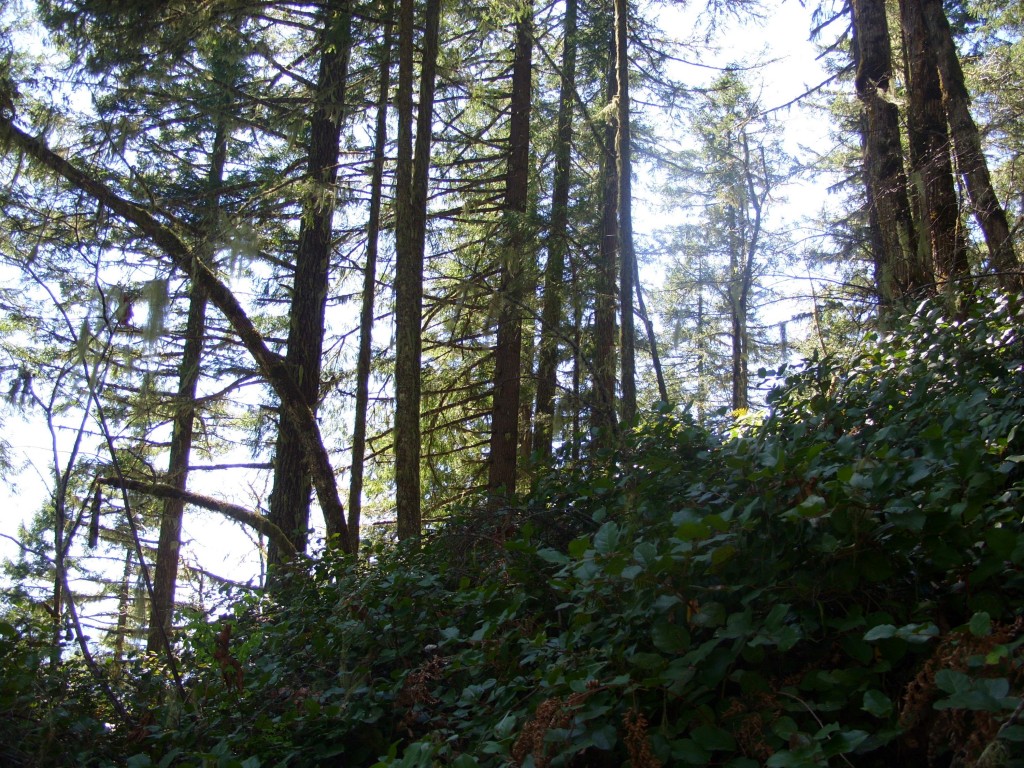 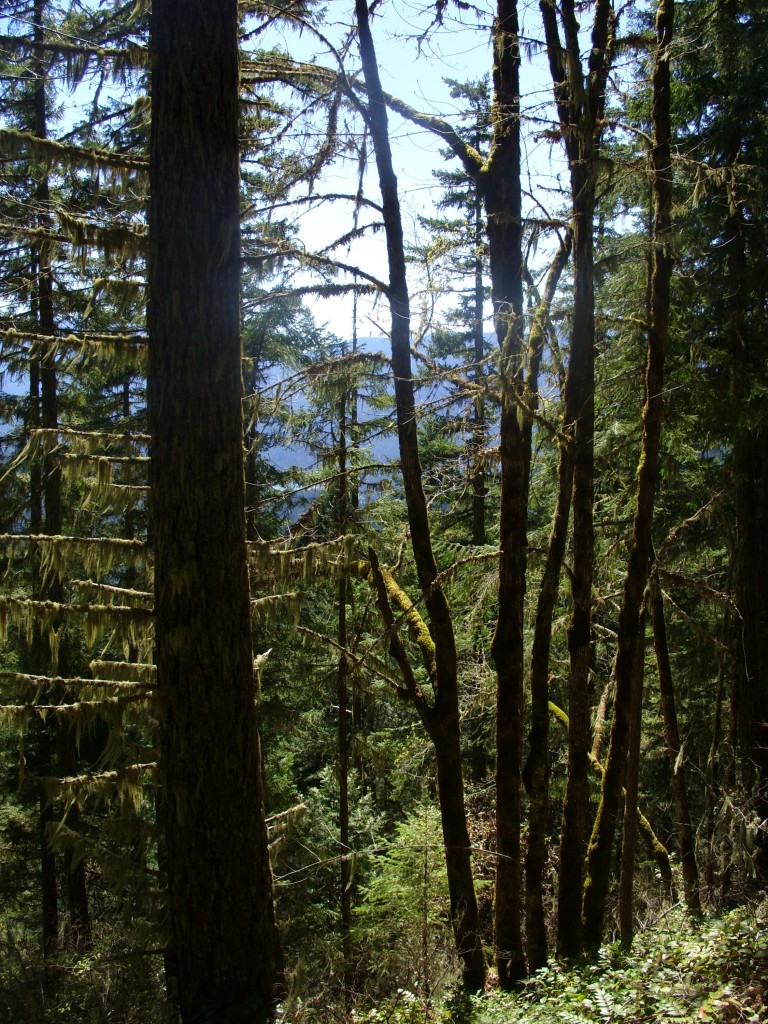 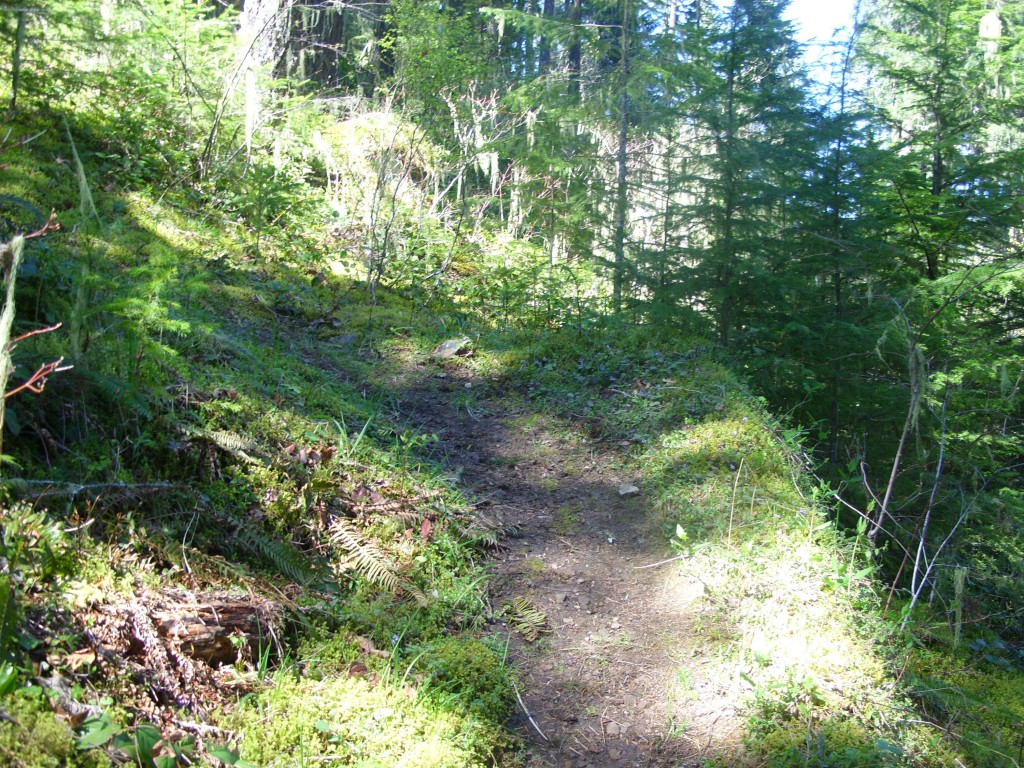 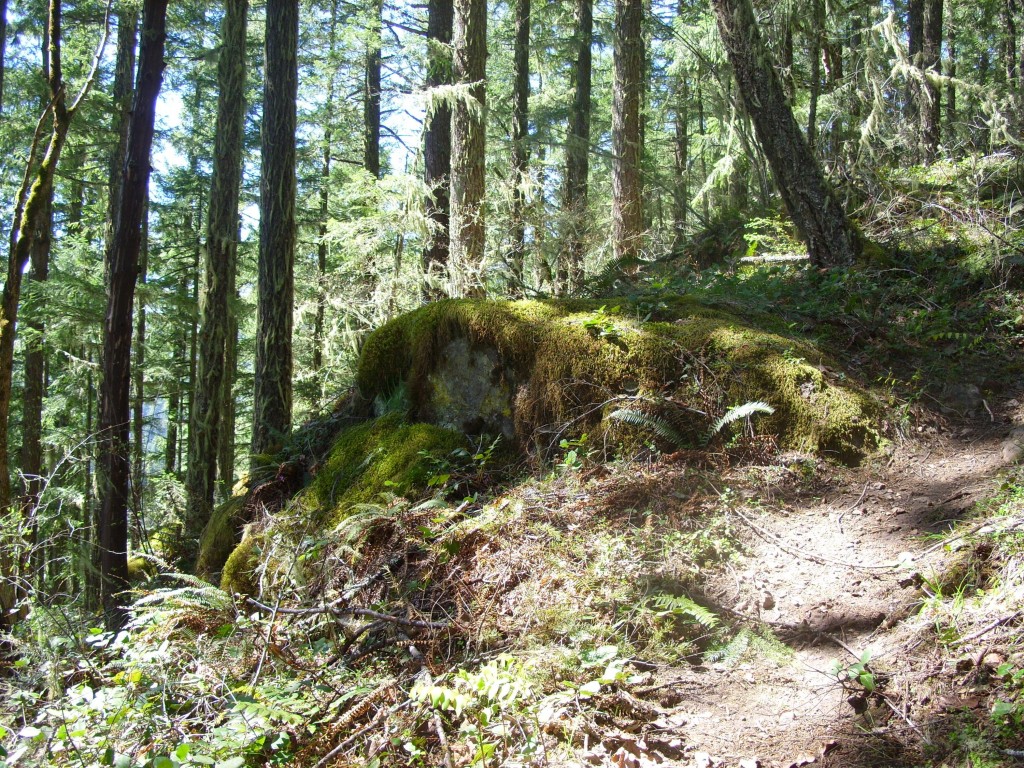 We did have to walk road twice. Once we only had to go about 100 yards down the road. The second time we had to hike about a mile up the road before we found the trail again. There were signs, but they didn’t give us any indication which way to go on the roads, so we had to use the GPS and a bit of looking around to find where the trail picked up again.

These are old logging roads, gated closed and rarely used: 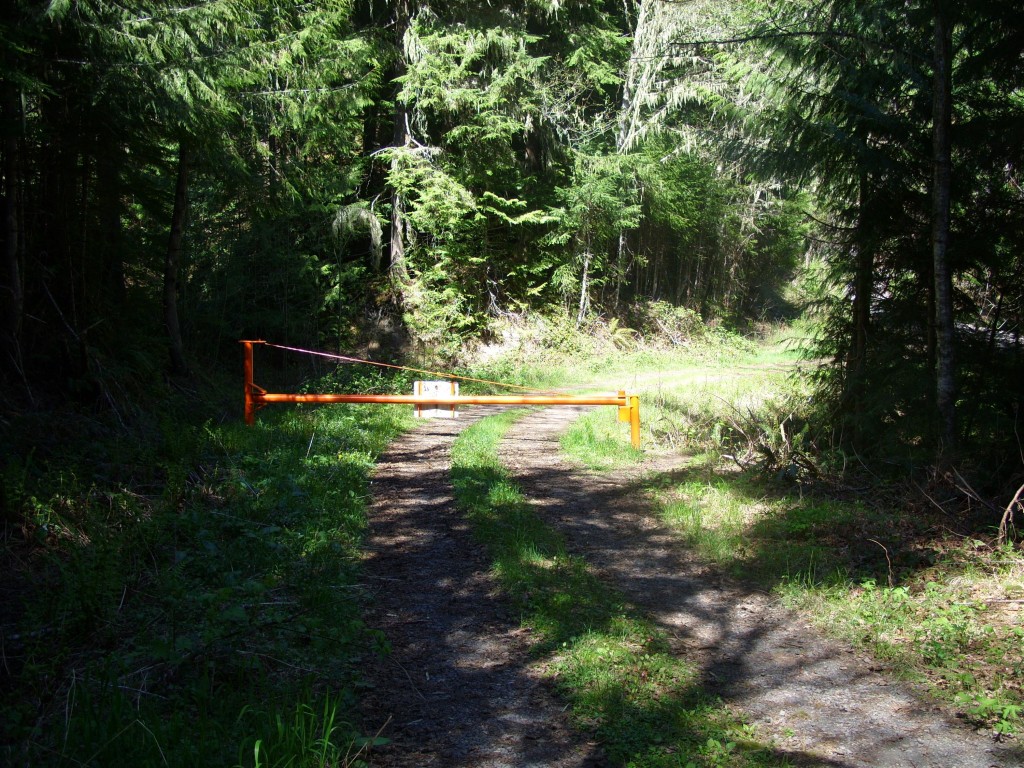 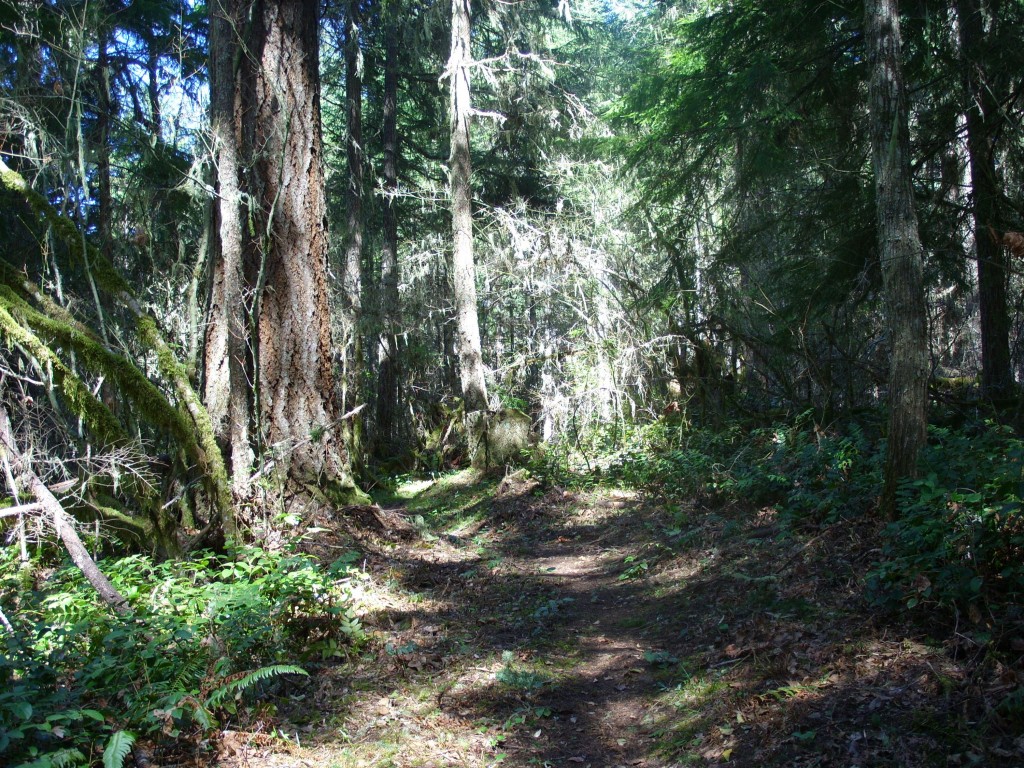 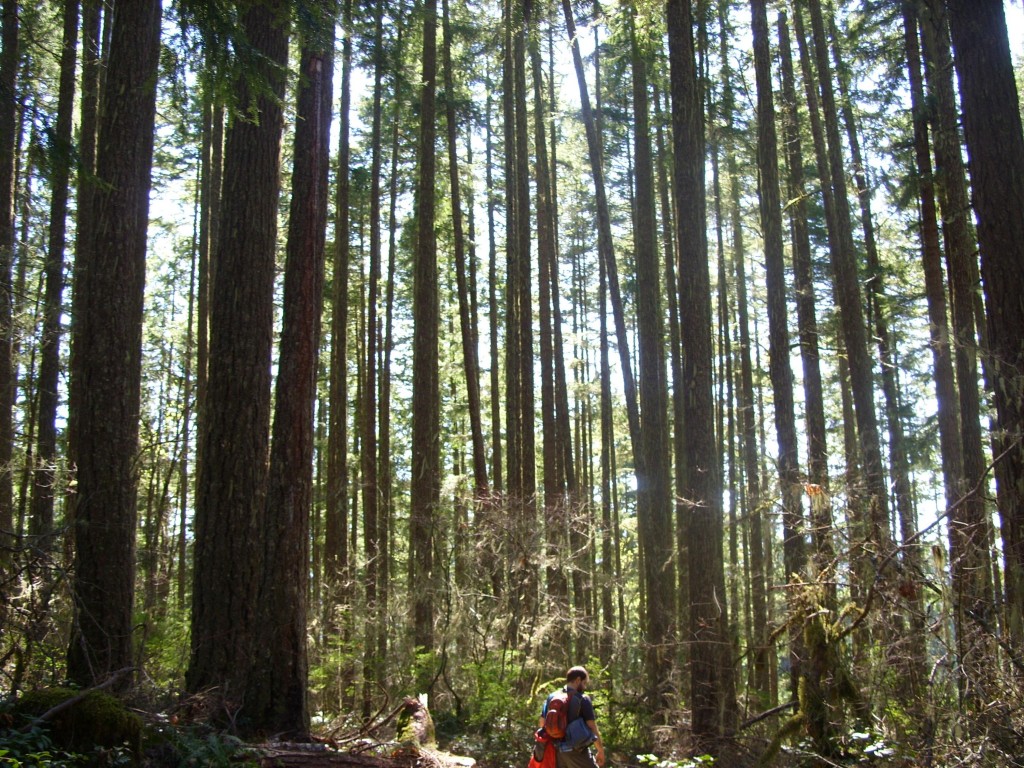 Some of the trees out here were massive. This one is easily 5 feet in diameter, which is pretty good for a Douglas Fir: 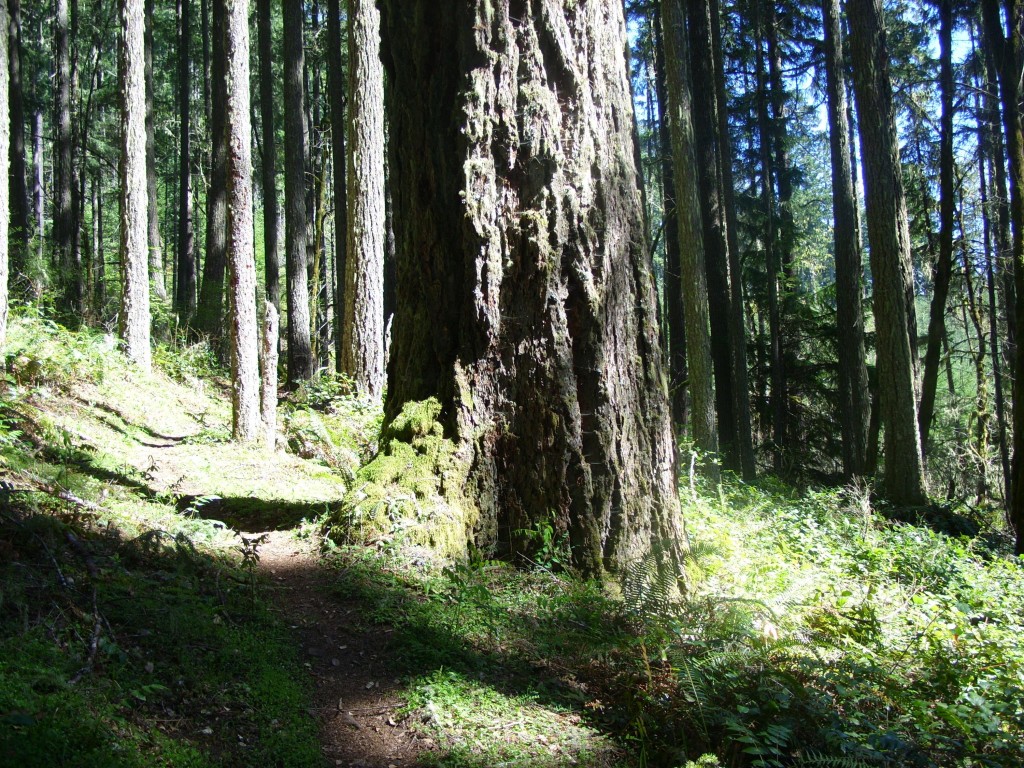 This one was even bigger: 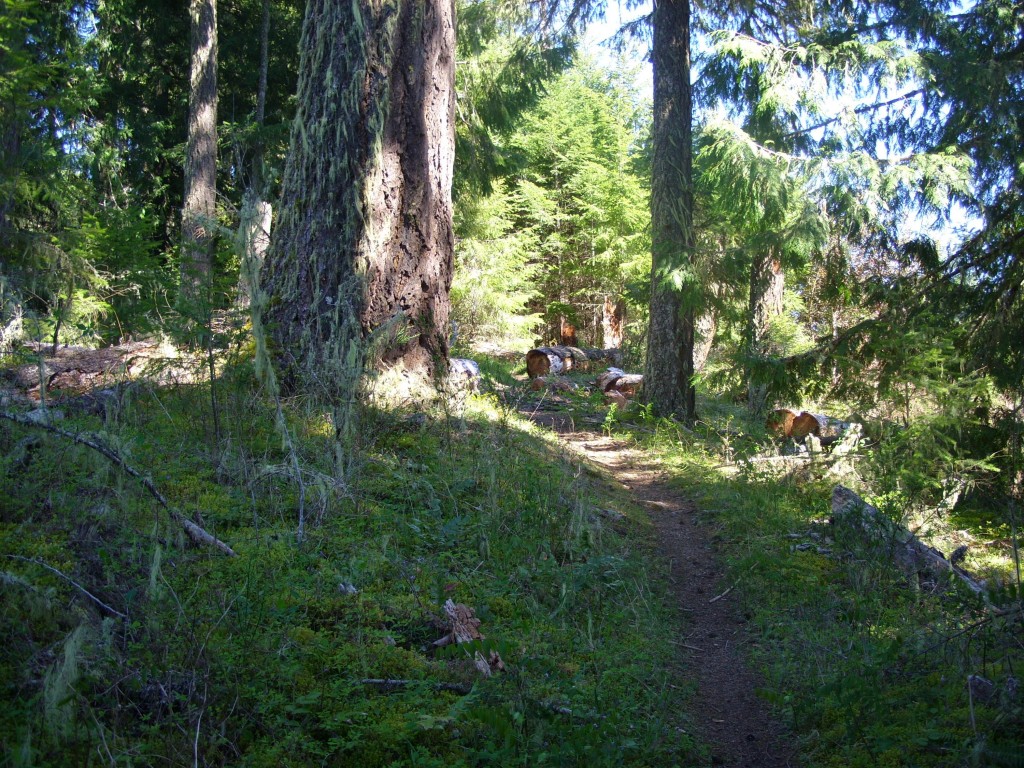 When we got to our third road segment, we had gone almost 4.5 miles. As this was Jody’s first outing all year, we decided this was a good time to turn back. Here the trail runs along the inside of a tight bend in the road:

In total, we hiked just over 9 miles. It went pretty well and it was a fine day. You can find the KMZ file with our track here.