Yesterday my wife found the ‘commemorative’ map my scoutmaster gave me when I did my first 50-miler as a Boy Scout – the very hike that inspired the trek we will be doing this summer. For each boy that completed that trip, our scoutmaster bought a map, highlighted the route, marked our campsites, and listed the dates and all attendees. These were then given to each of us. That man was Ronald O. Gibson. The lessons I learned from him changed who I was, and he still has a large effect on who I am today. That trip is one of the landmark events in my life. I consider Mr. Gibson to be an example and a personal hero. In my mind, this map is valuable beyond measure and I am overjoyed that it is not lost as I had thought it was for so many years.

Thank you, Mr. Gibson. The trip I have planned for this summer is dedicated to you.

It turns out I was not correctly remembering the year (no surprise). We did that trip August 26 – September 1, 1979, so I was only 12 years old. It is incredible to think that at that age I hiked 57 miles with a 35 lb pack in 6 days. I was just a skinny little 95 lb kid, but I had my Scoutmaster to encourage me and help me along the way. 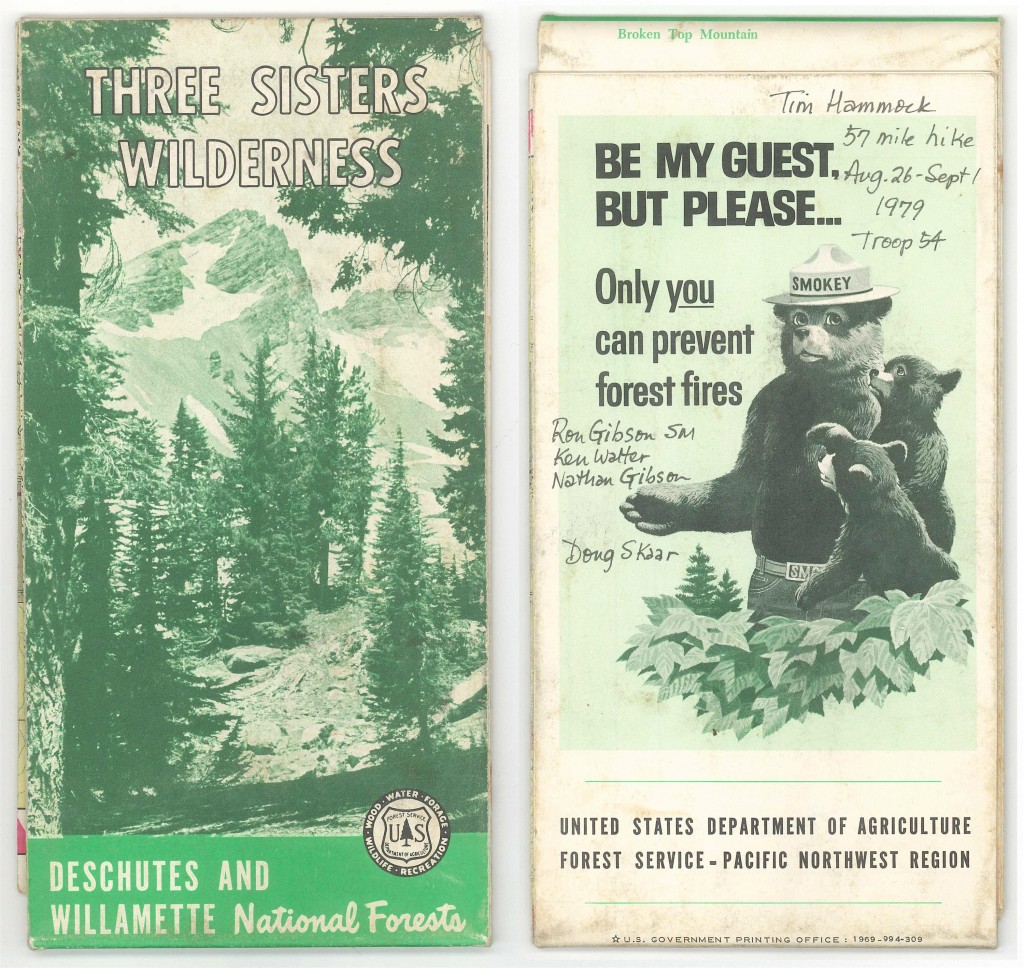 Finding that map has allowed me to compare the route we took in ’79 to the route we are planning to take this summer. There are some differences, some due to changed goals, and some due to the PCT (Pacific Crest Trail) having been re-routed in places since.

I have scanned the sections of the map that show our route 35 years ago. I wanted to put them side-by-side with current maps, but as the current best maps are not the same scale as that old map, it got pretty complicated pretty fast. So I’ll just present the scans as they are, albeit cropped to just the area around our route. In addition, the old map didn’t actually show our destination (Waldo Lake), however all of the missing trail was hiked on our last day. 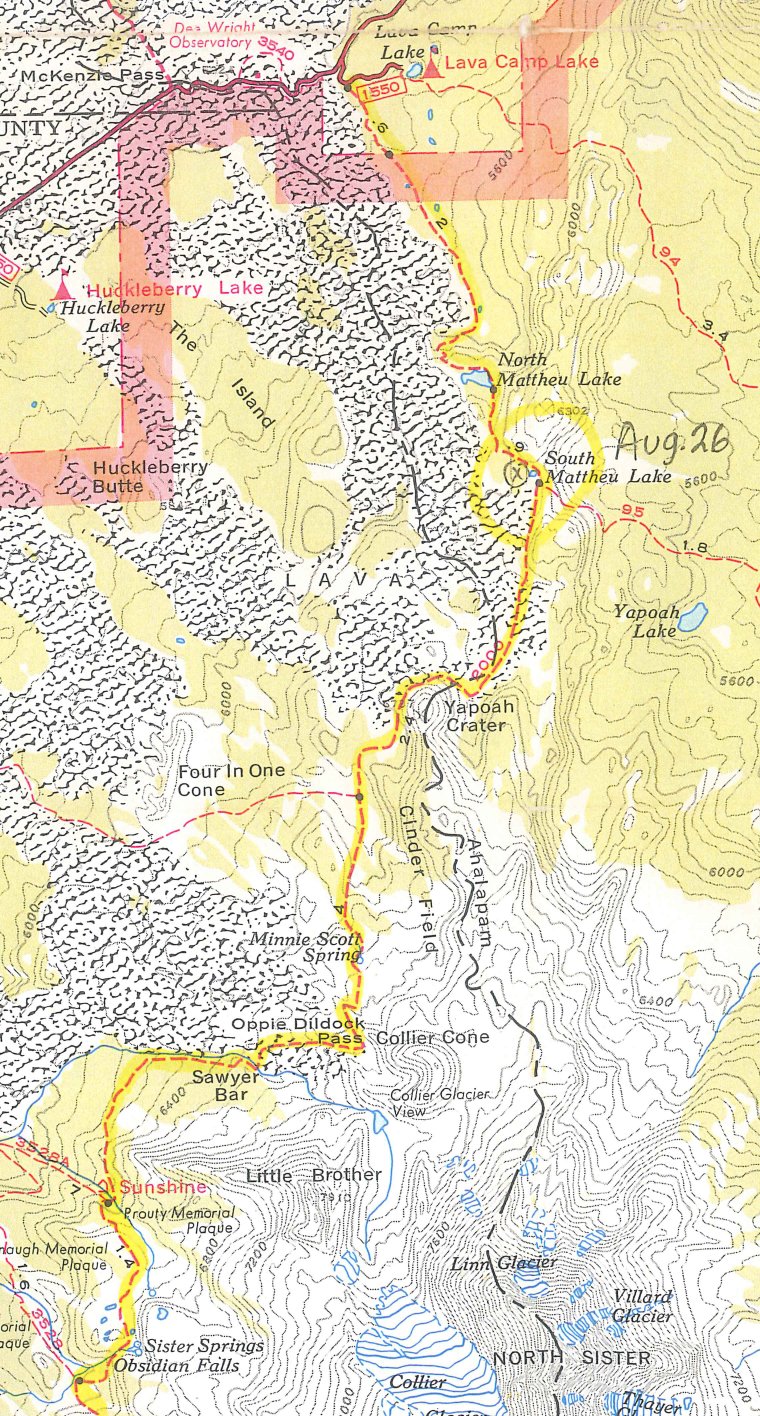 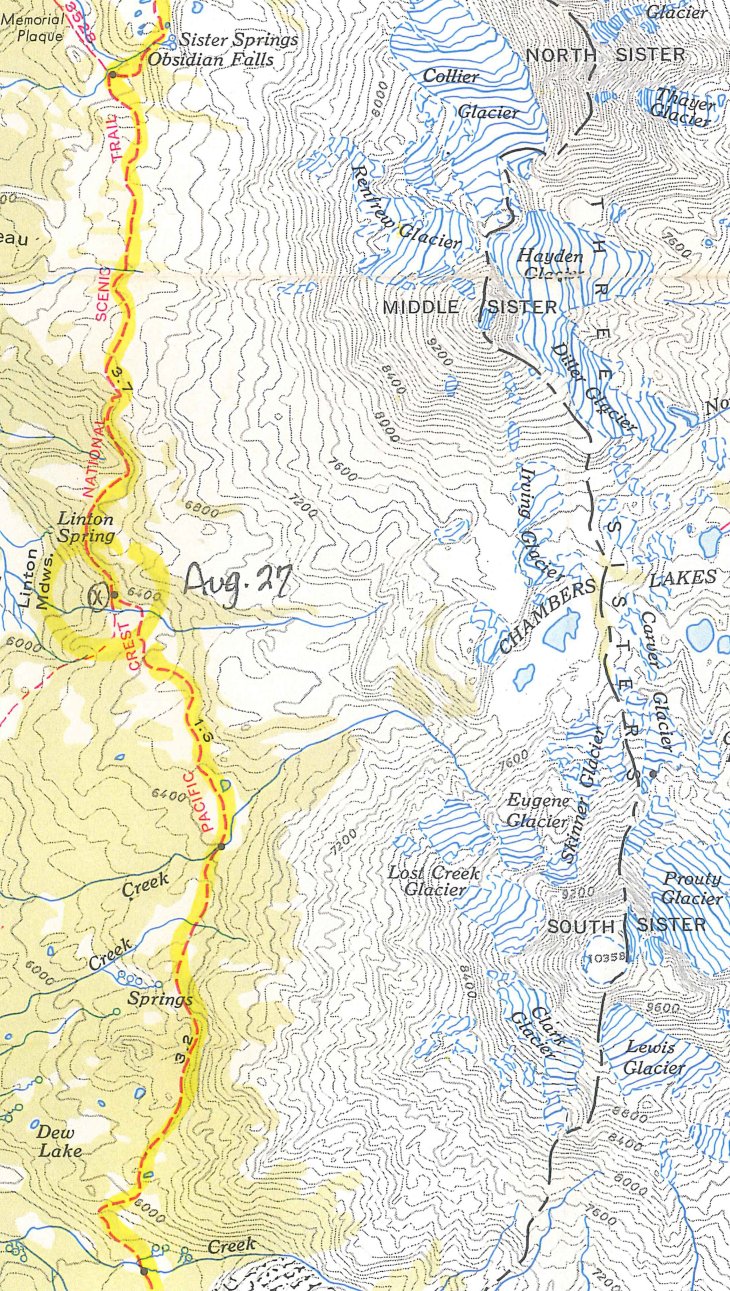 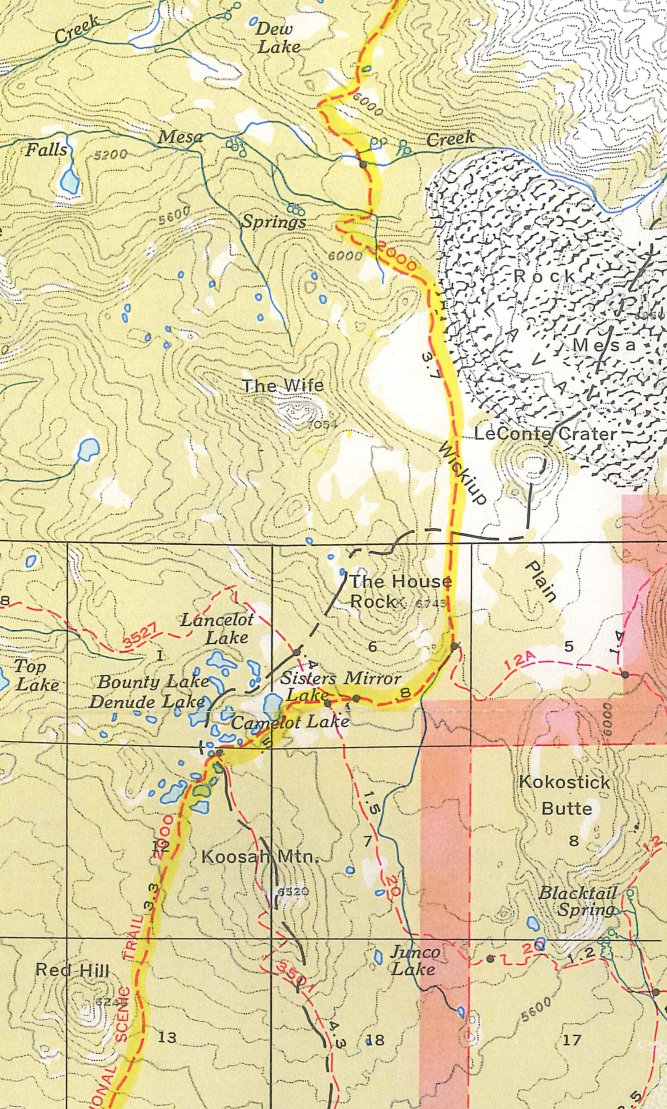 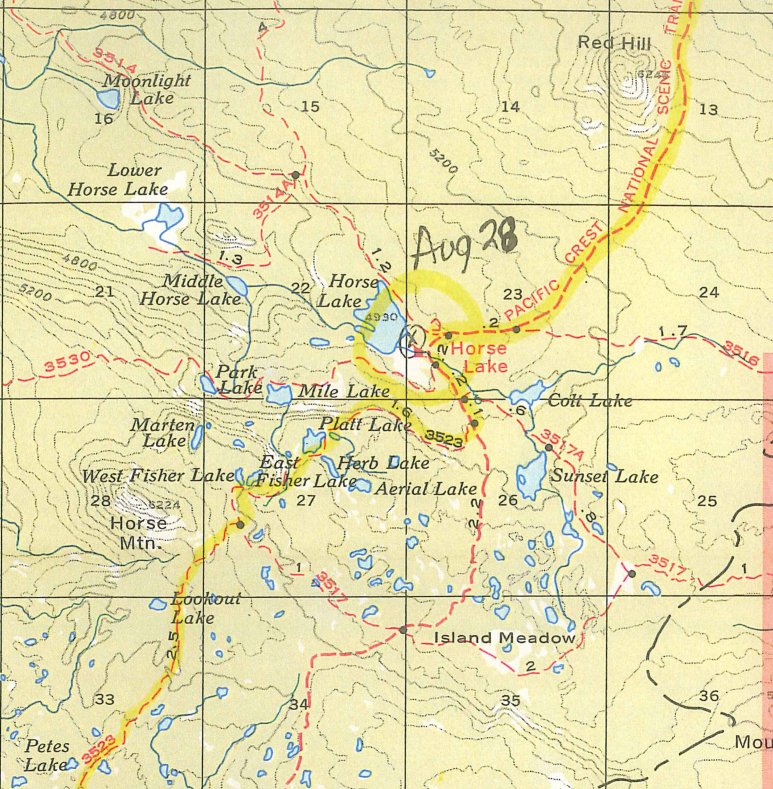 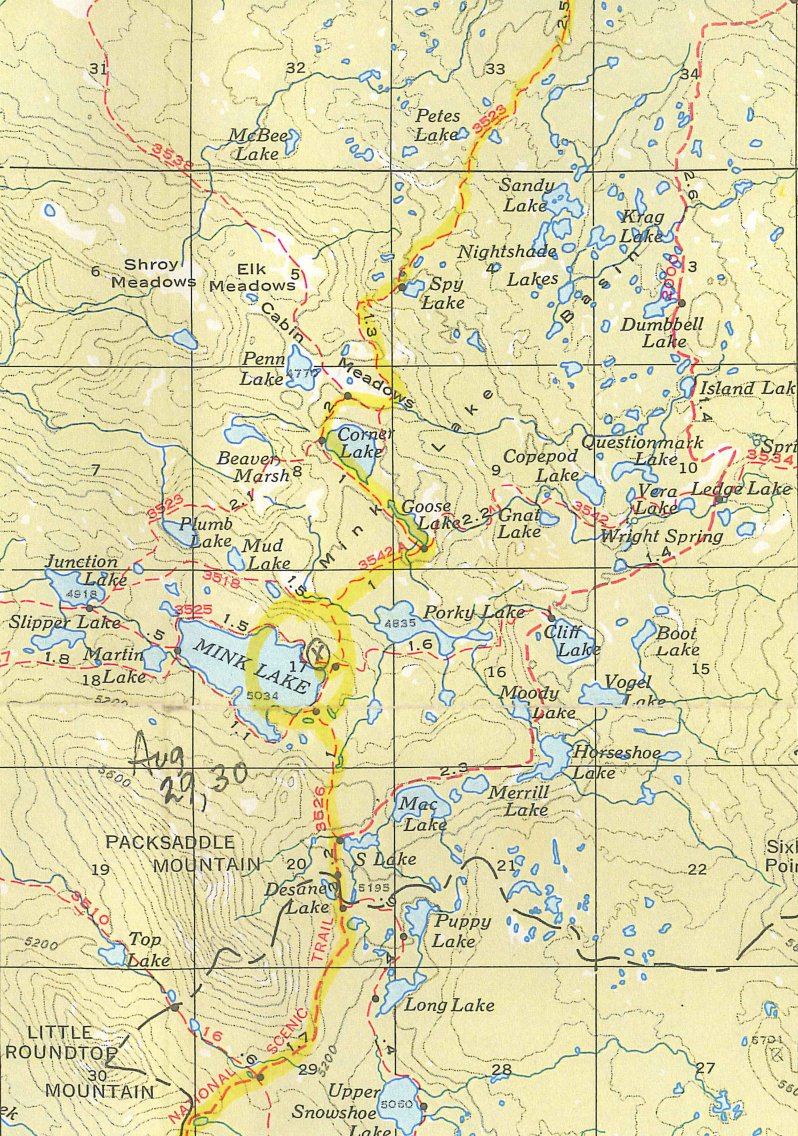 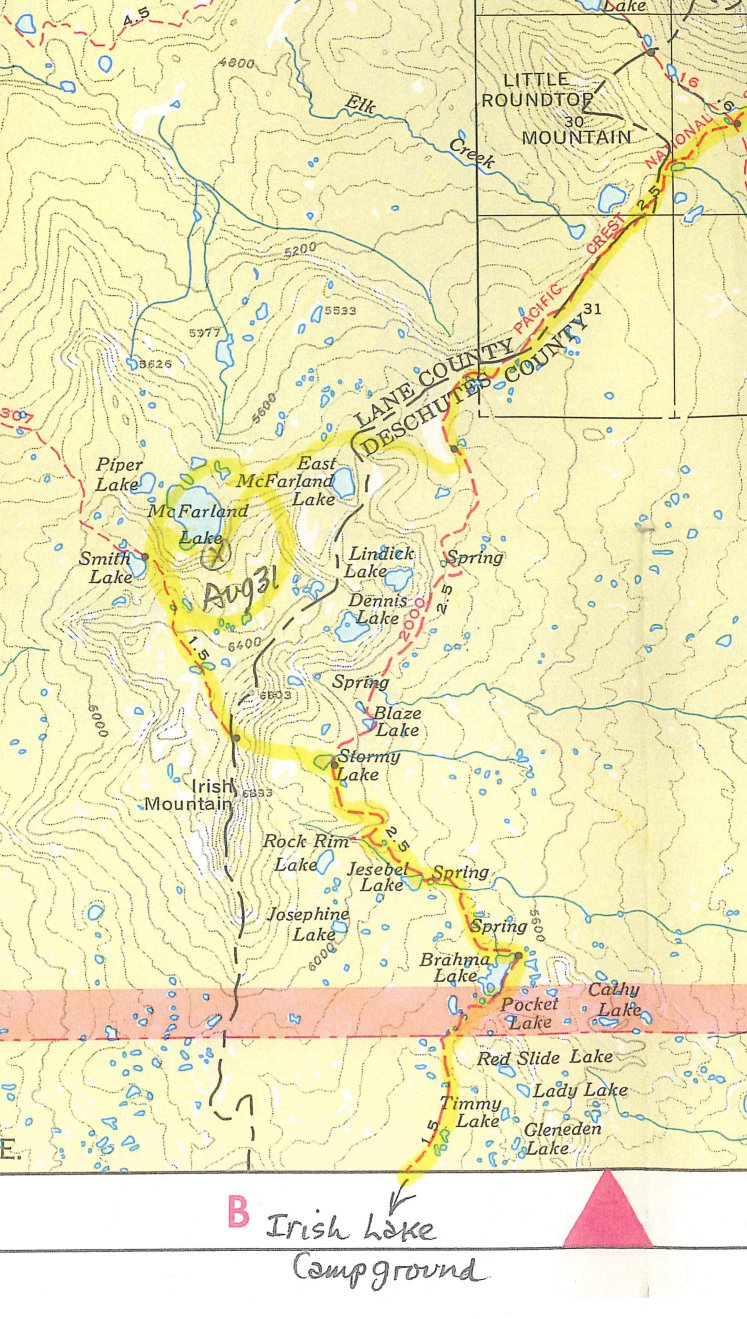