On the first day of June, Jody and I headed northeast to the McKenzie River Trail for a good day of hiking. This is a national recreation trail, so it is well maintained. It also took us past some excellent and unusual sights. The trail follows the McKenzie River for more than 26 miles.

Because this trail has a reputation as a great mountain biking route, an excellent trail running track, a relatively easy hike, and is very accessible, we were far from alone. I would guess we saw 40 hikers, 25 mountain bikers, and at least a dozen trail runners. Luckily, most hikers were only using a small portion of the trail and the bikers and runners were almost all going downhill (the opposite direction we were going). This means that although we saw a number of people at specific points, most of the time we had the place to ourselves.

This trail winds through some excellent old growth. Even the snags were spectacular. This one was 5-6 feet in diameter: 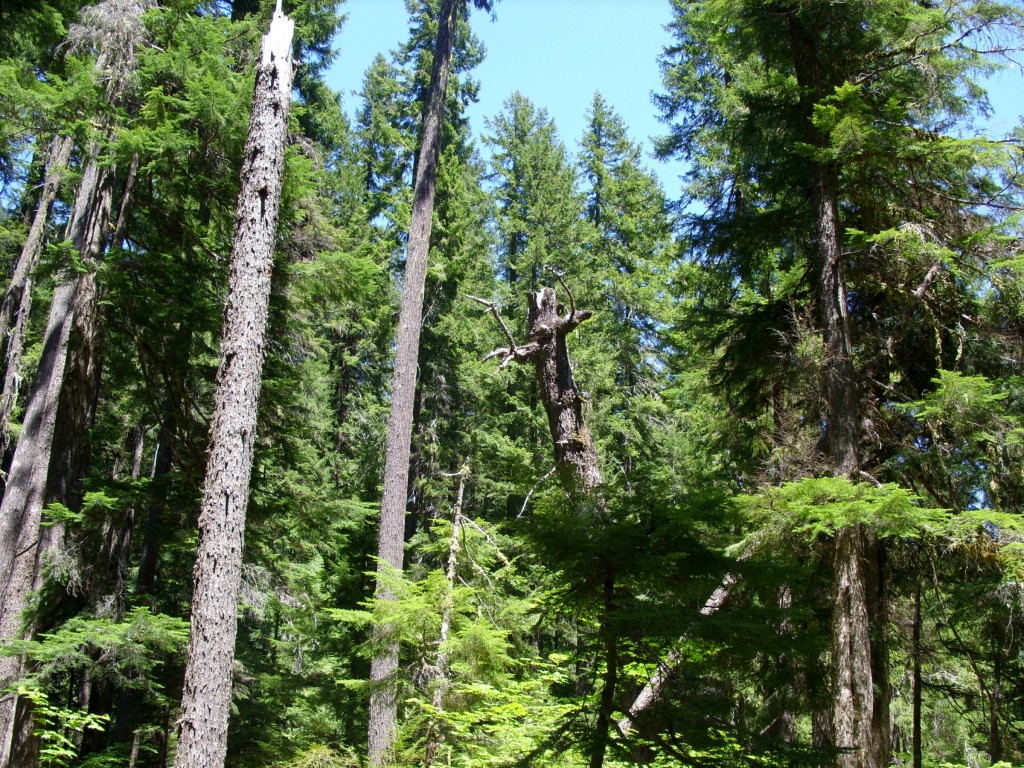 This tree was over 6 feet at the base, and was definitely dead. The fat branches up in its former canopy were twisted and gnarled: 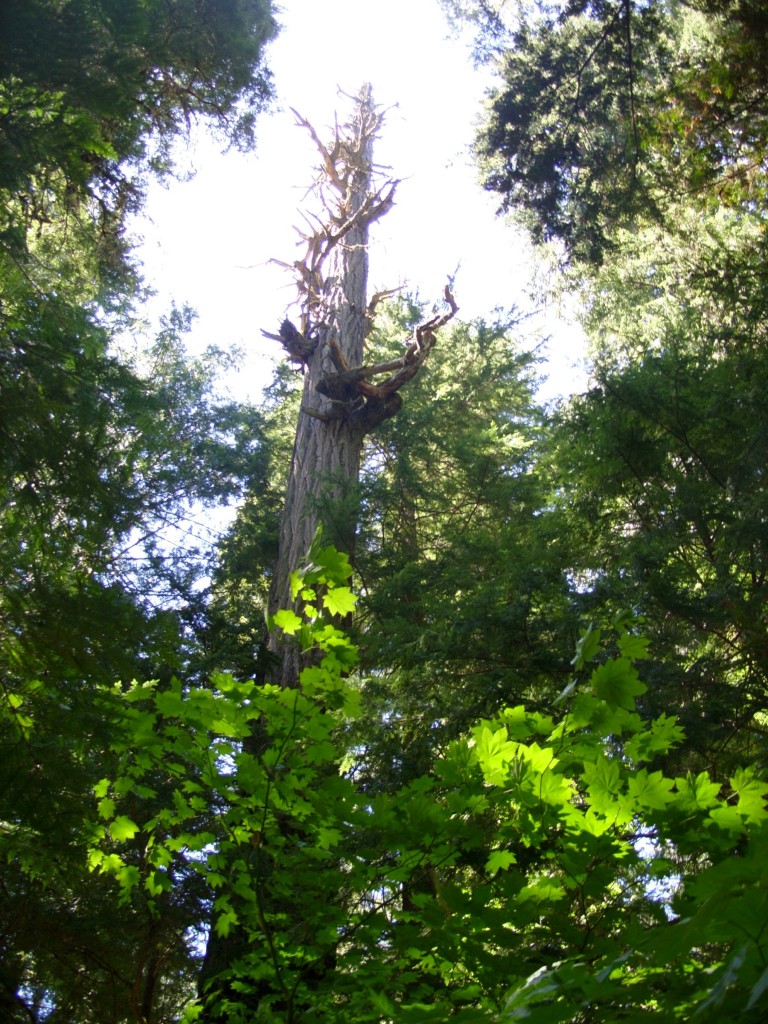 As in some of my recent hikes, trees with a base greater than 5 feet were everywhere. You could stand just about anywhere and spot a dozen of them. Shade was plentiful. It was about 68F and a fantastic day for hiking. 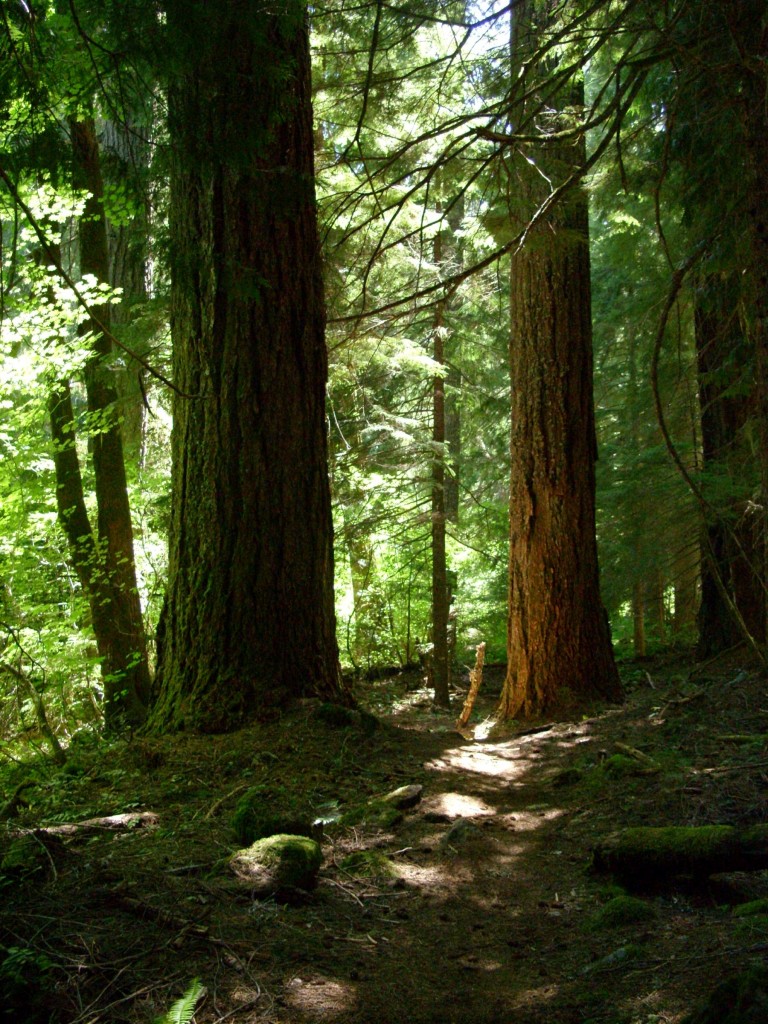 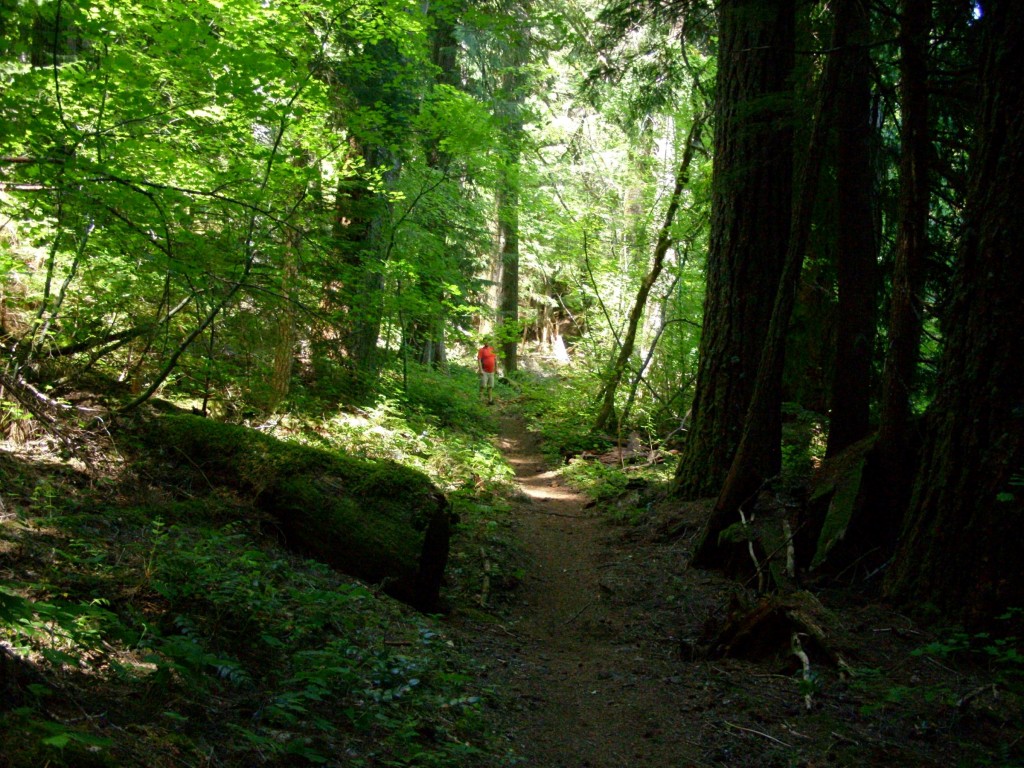 Both of the next two pictures were taken from the same spot. The first looks up this massive Douglas Fir. The second shows Jody right by the trunk. For reference, Jody is about 6′ tall: 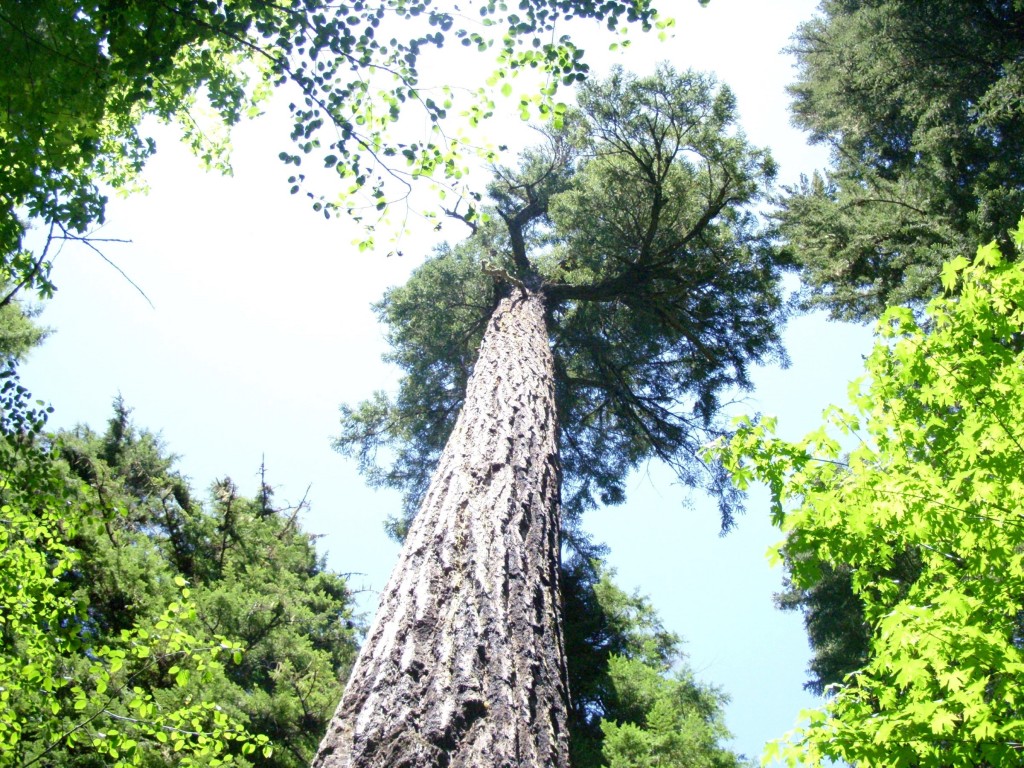 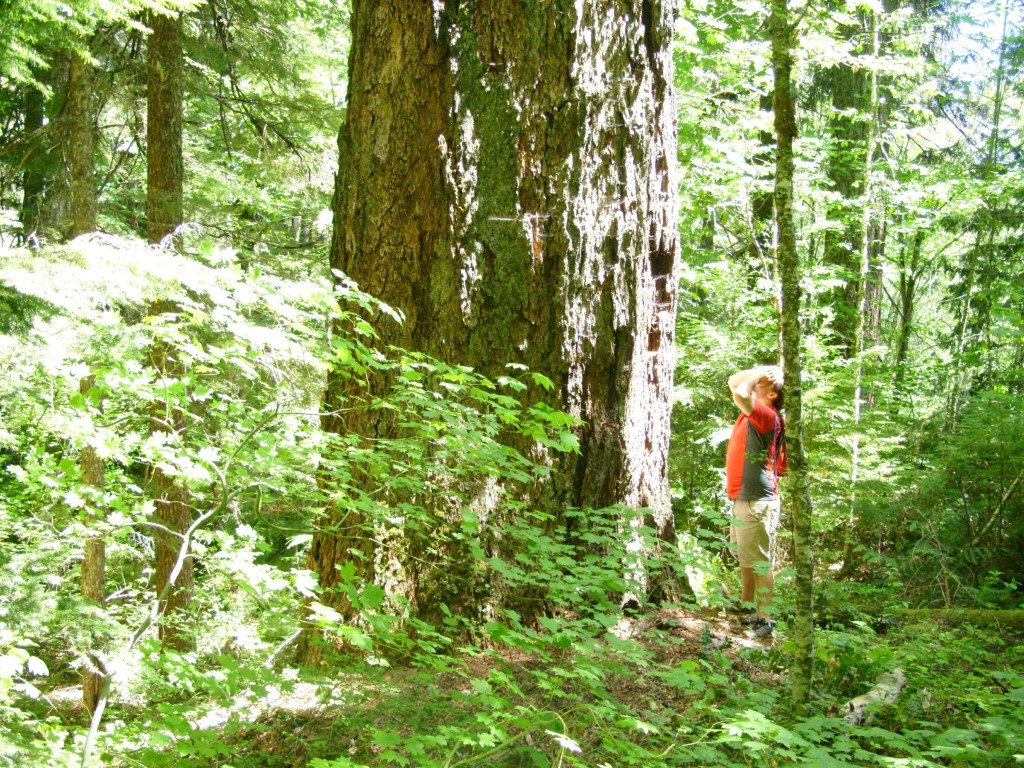 Everywhere we looked we saw the beauty of Oregon in late spring: 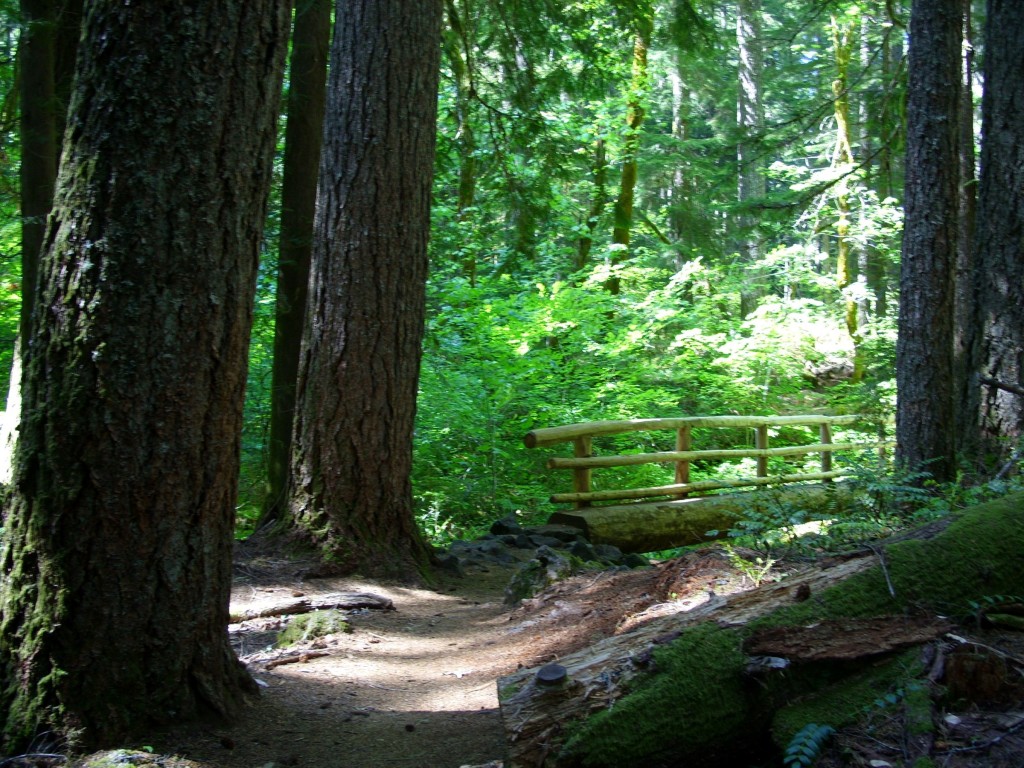 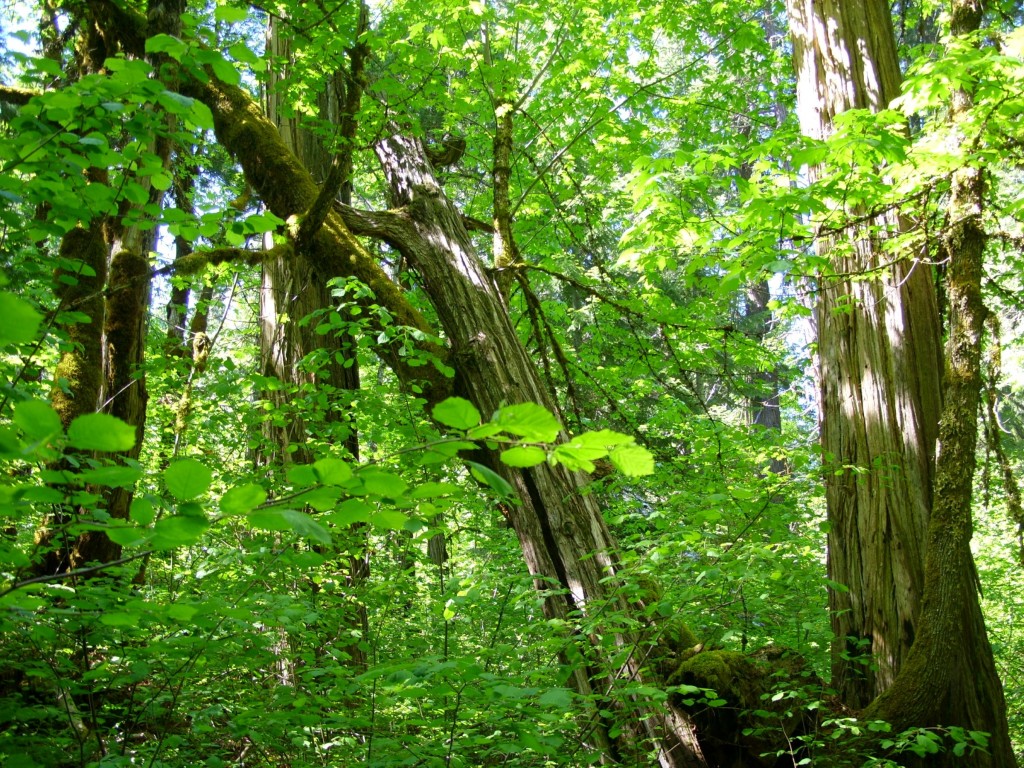 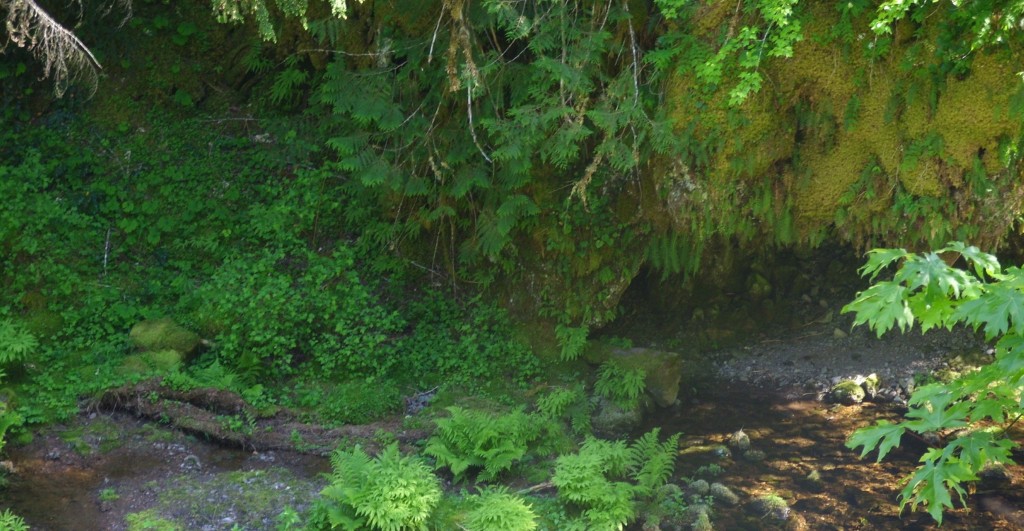 After a while, the trail climbed above the river quite a bit. There were some beautiful gorge sections: 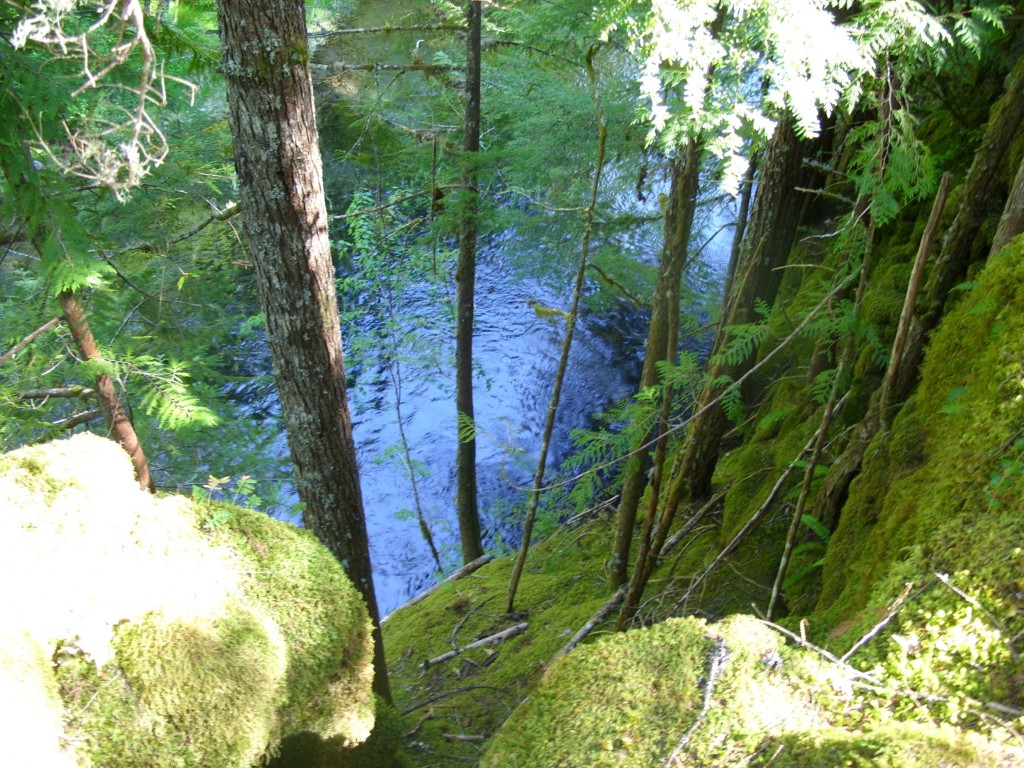 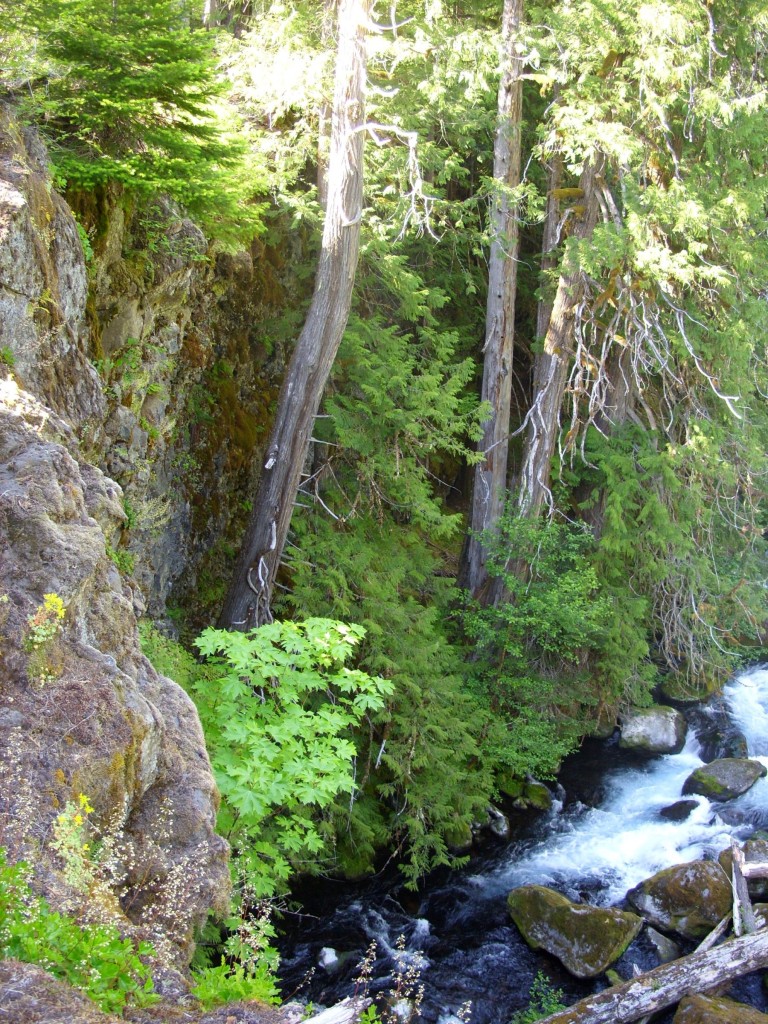 Eventually the river and trail were closer in elevation: 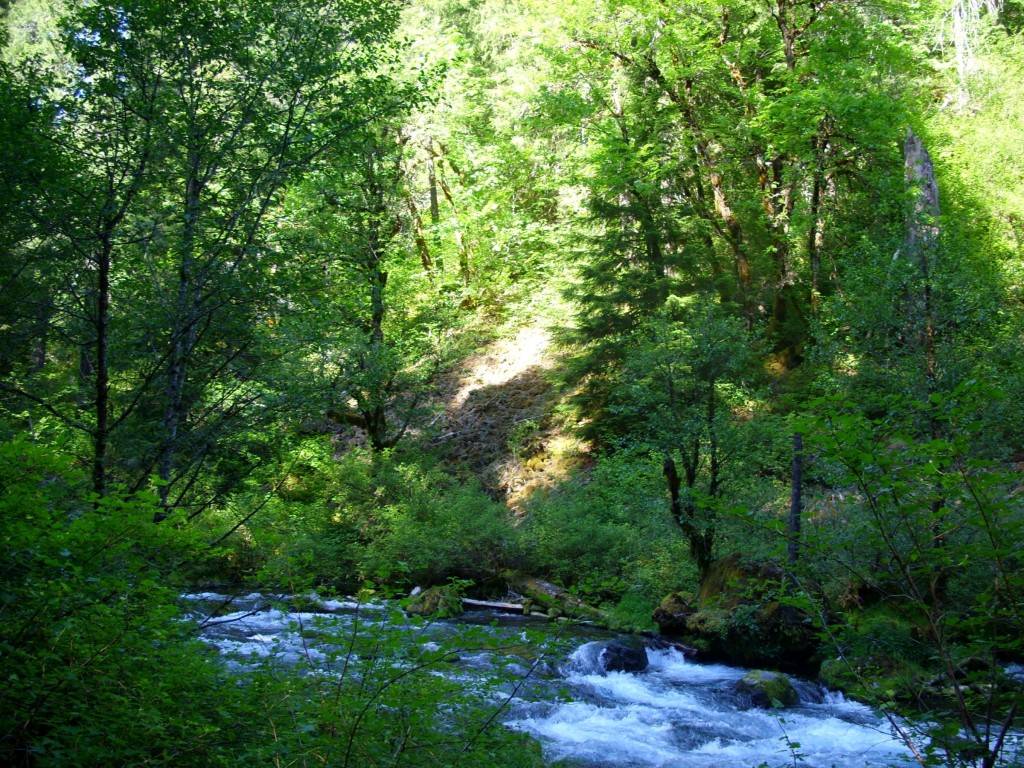 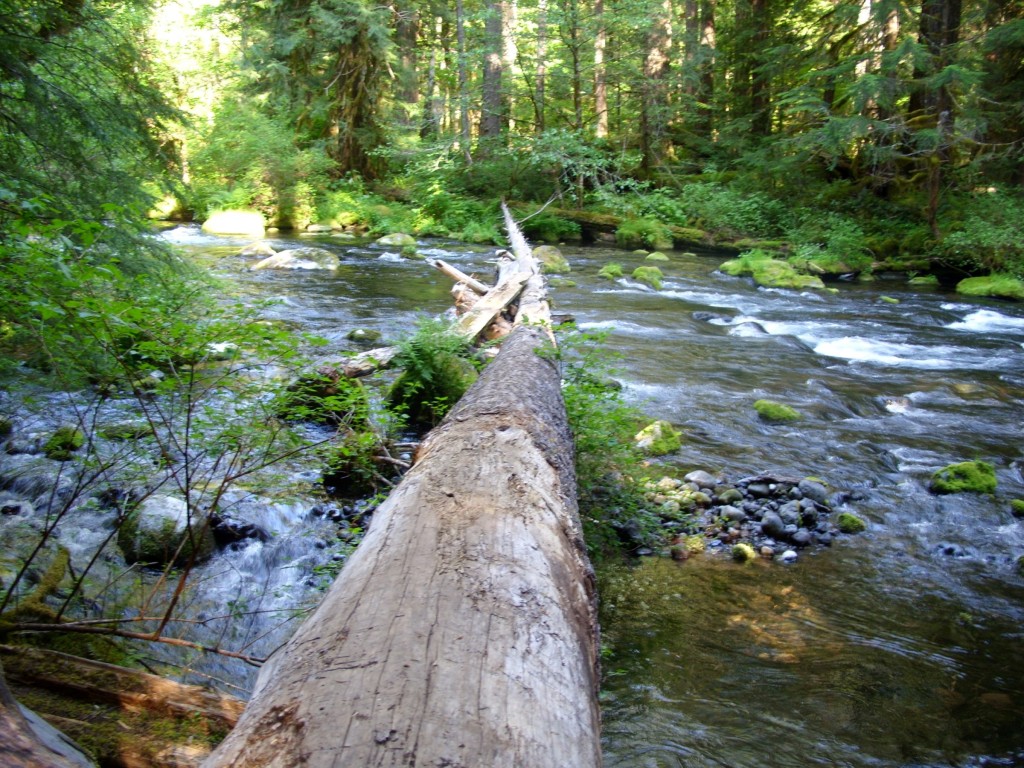 If you think that’s beautiful, wait until the next page…