I spotted some flowers along the way as well, even though most had already bloomed and wilted: 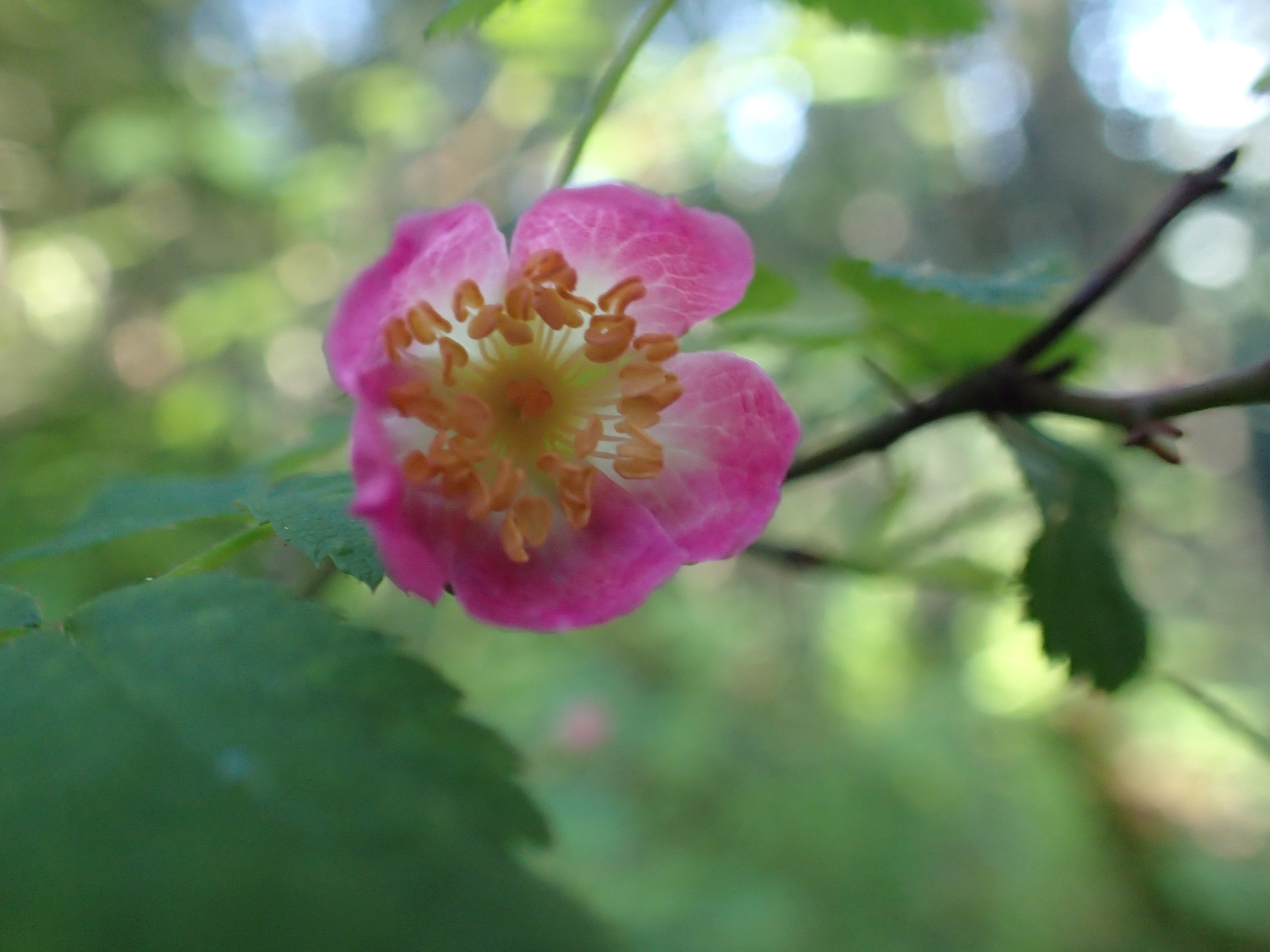 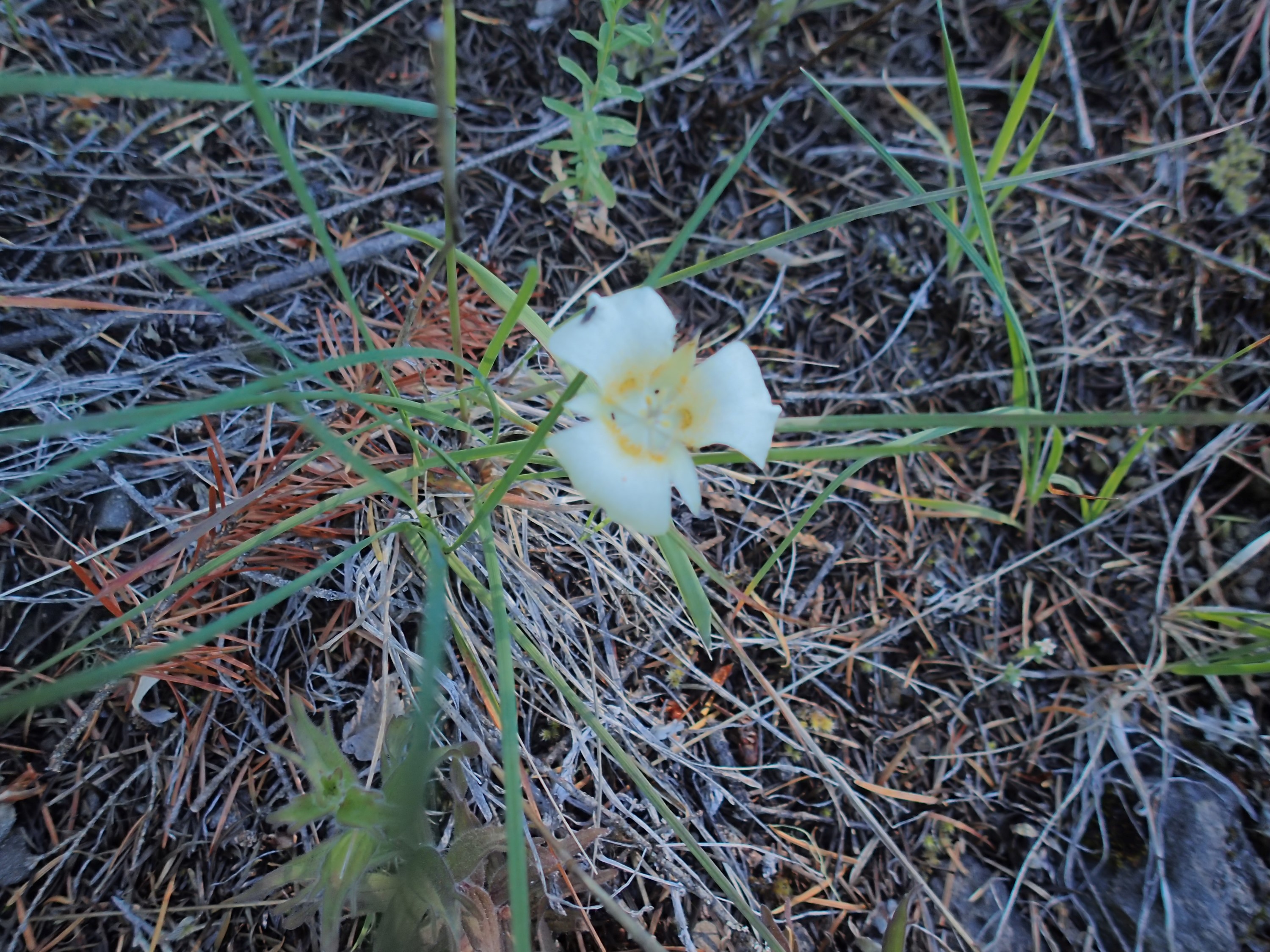 For a while the trail was on fairly open and rocky ground, and had held up OK: 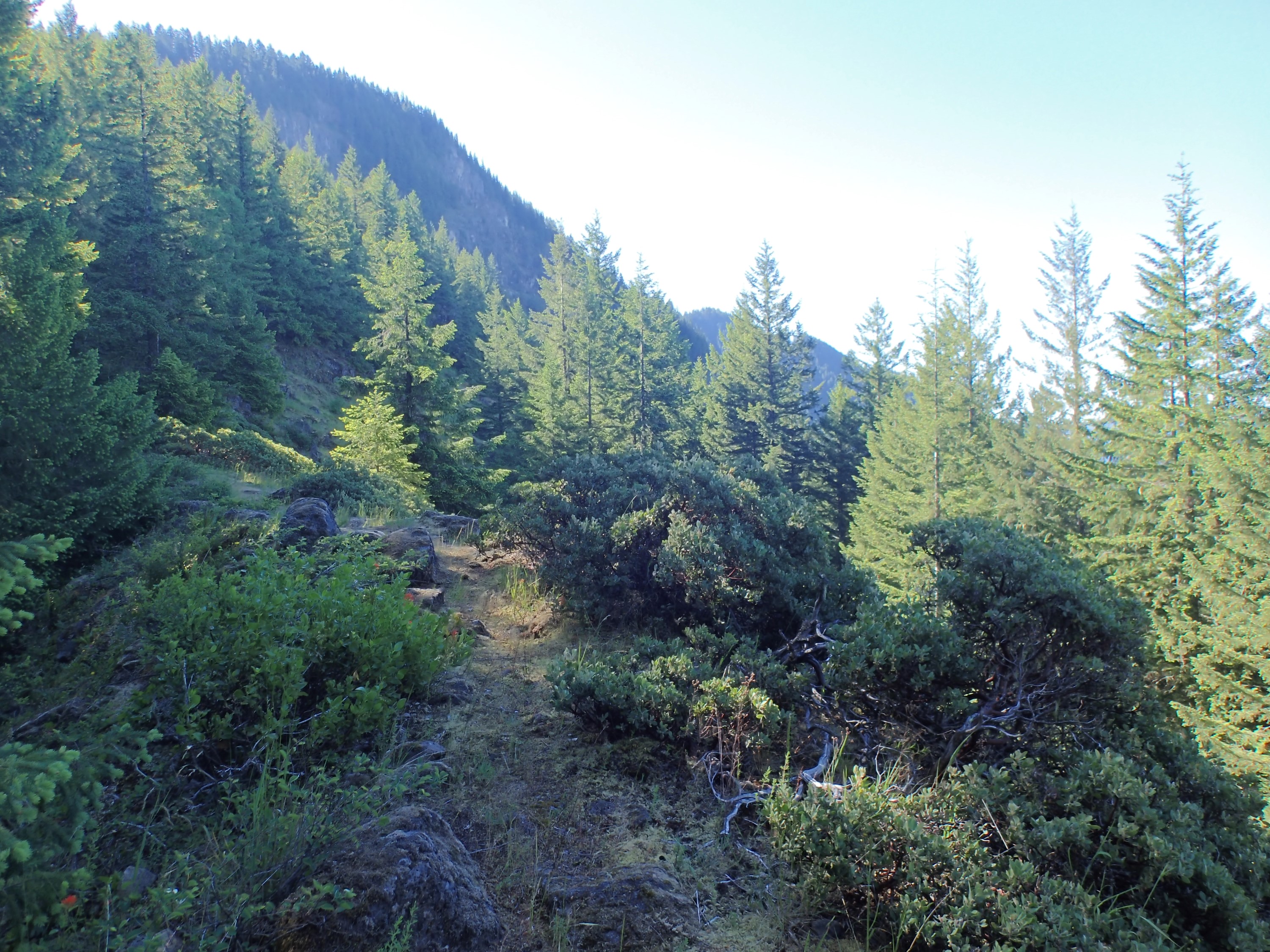 But where the surface was more conducive to ground cover, the trail faded again: 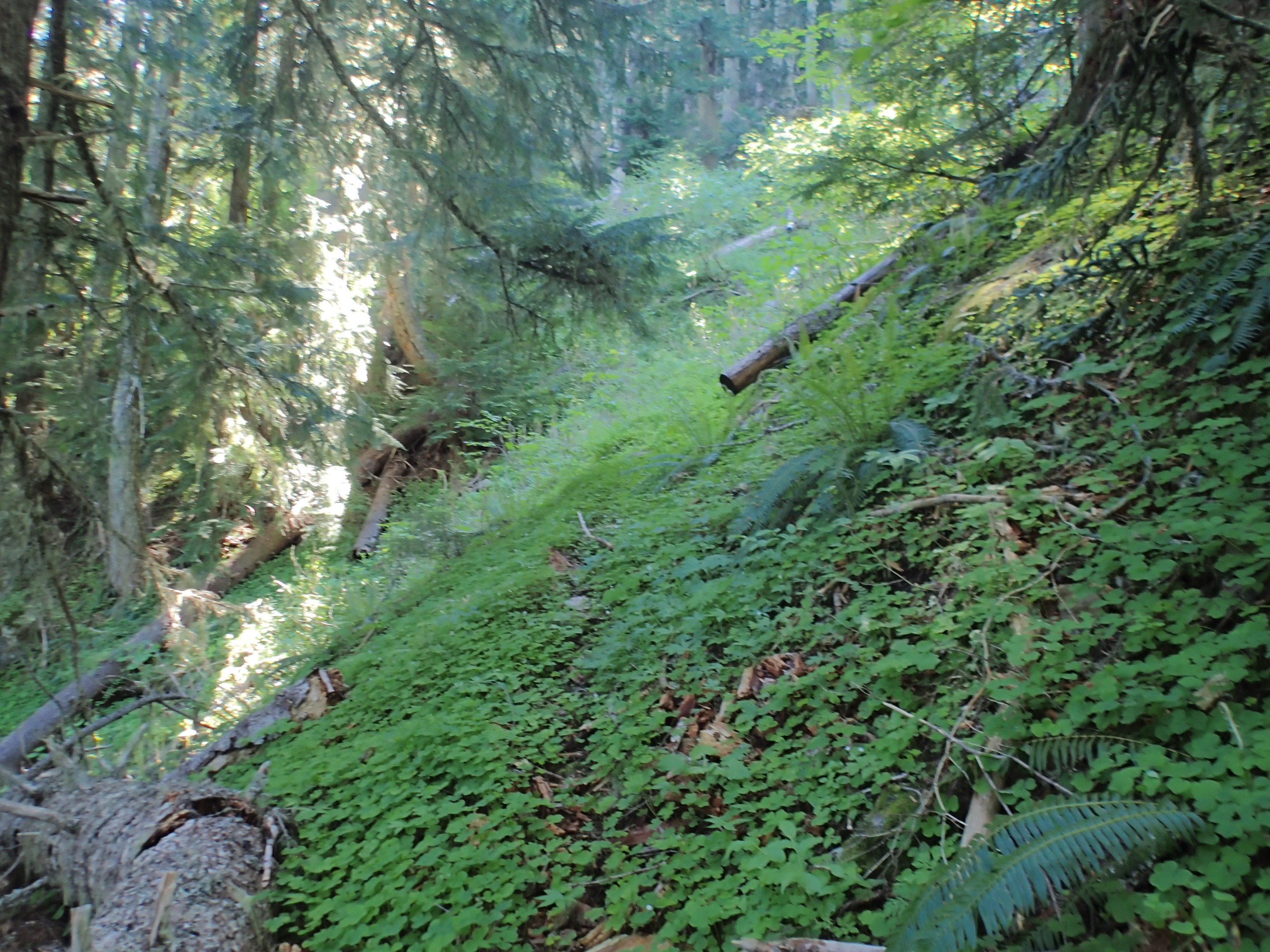 This is a turn on a set of almost-invisible switchbacks where I stopped for lunch. The trekking poles with the handkerchiefs are planted in the upper part of the trail leading away. The lower part leading away is on the left (yes, really). This section was quite steep, as was a lot of the ‘trail’, even though it doesn’t look it in the pictures. By this point I was exhausted from the climbing as it was less like following a trail and more like bushwhacking: 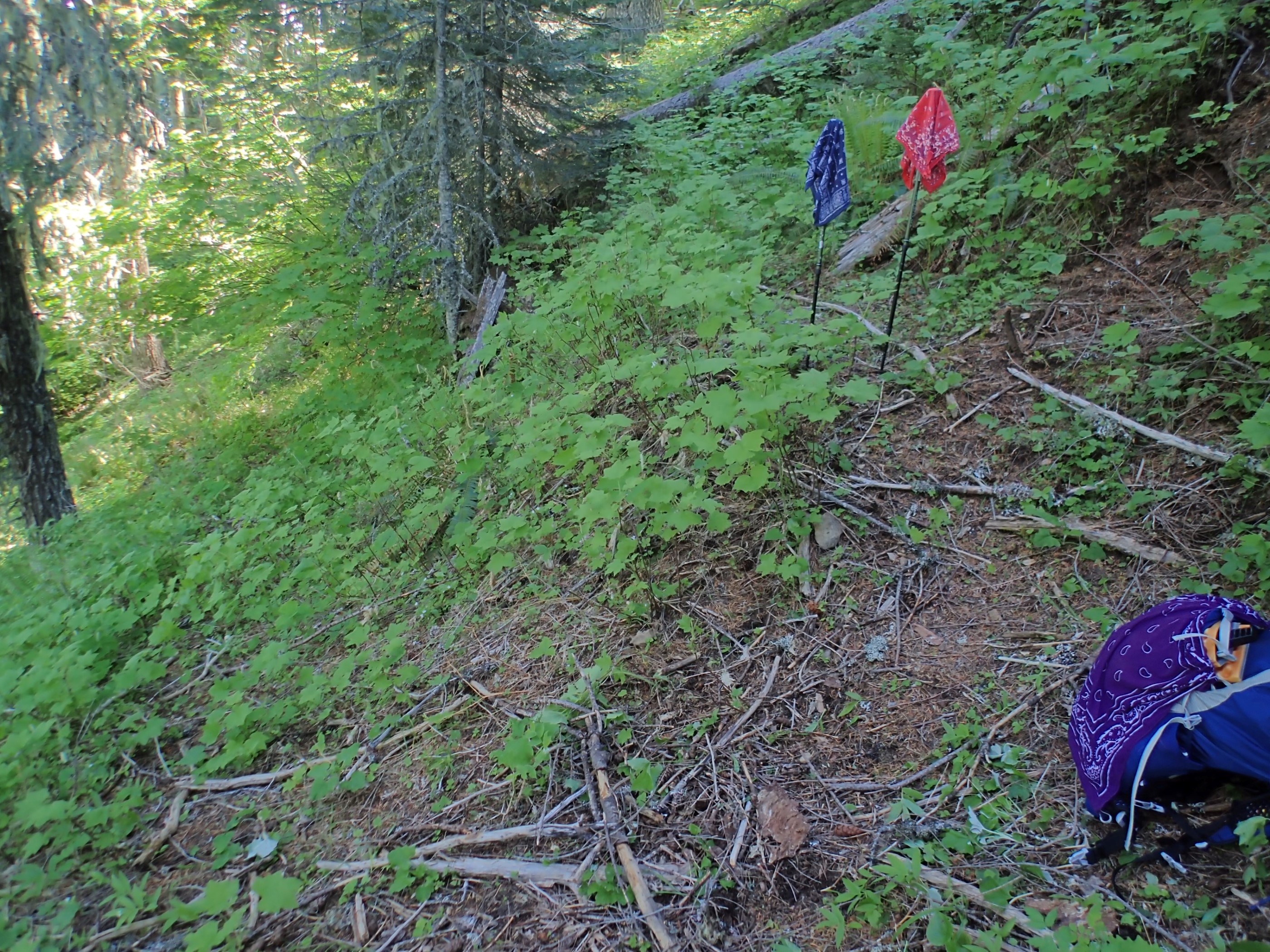 It was quite bad for a long ways: 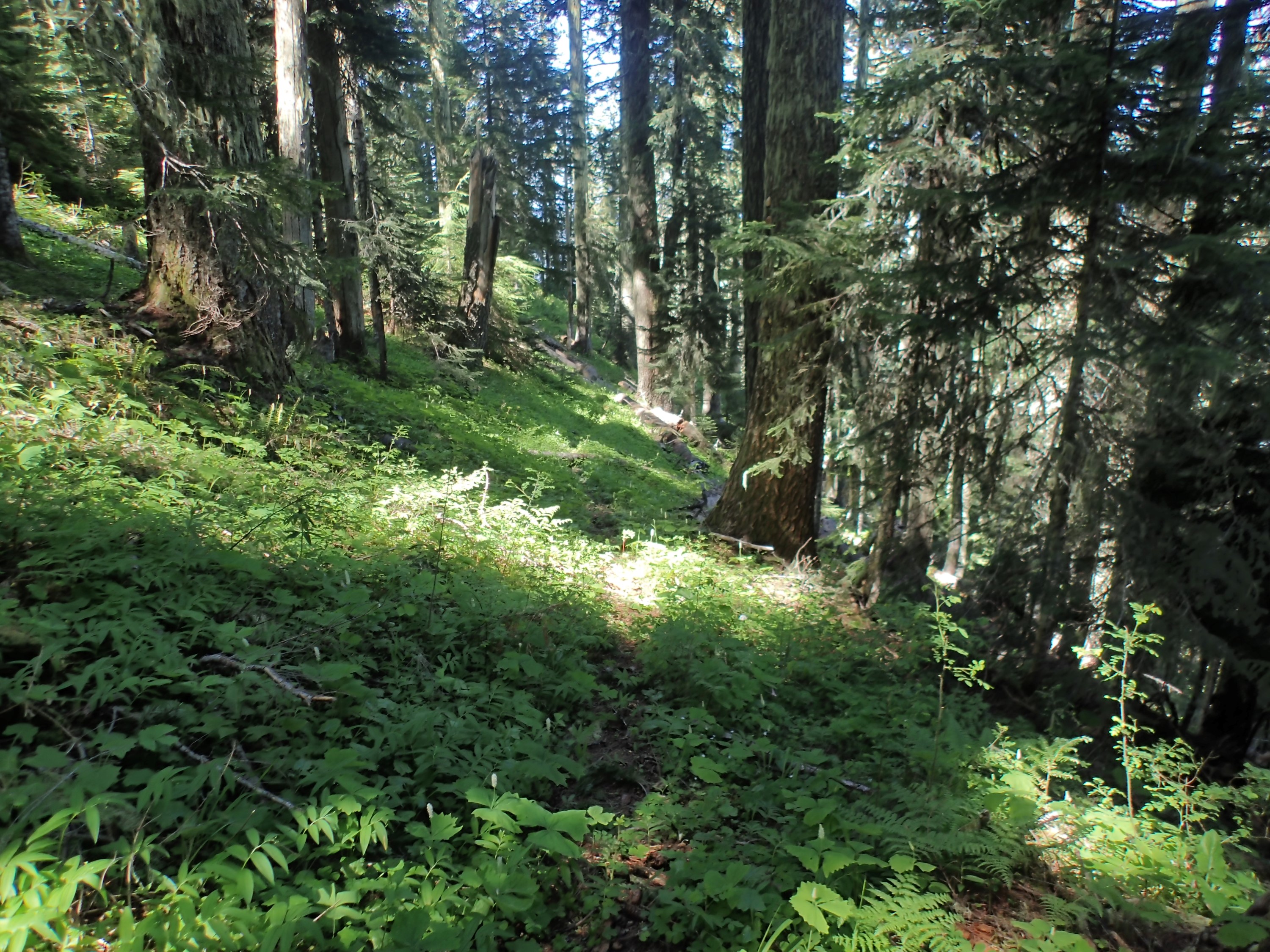 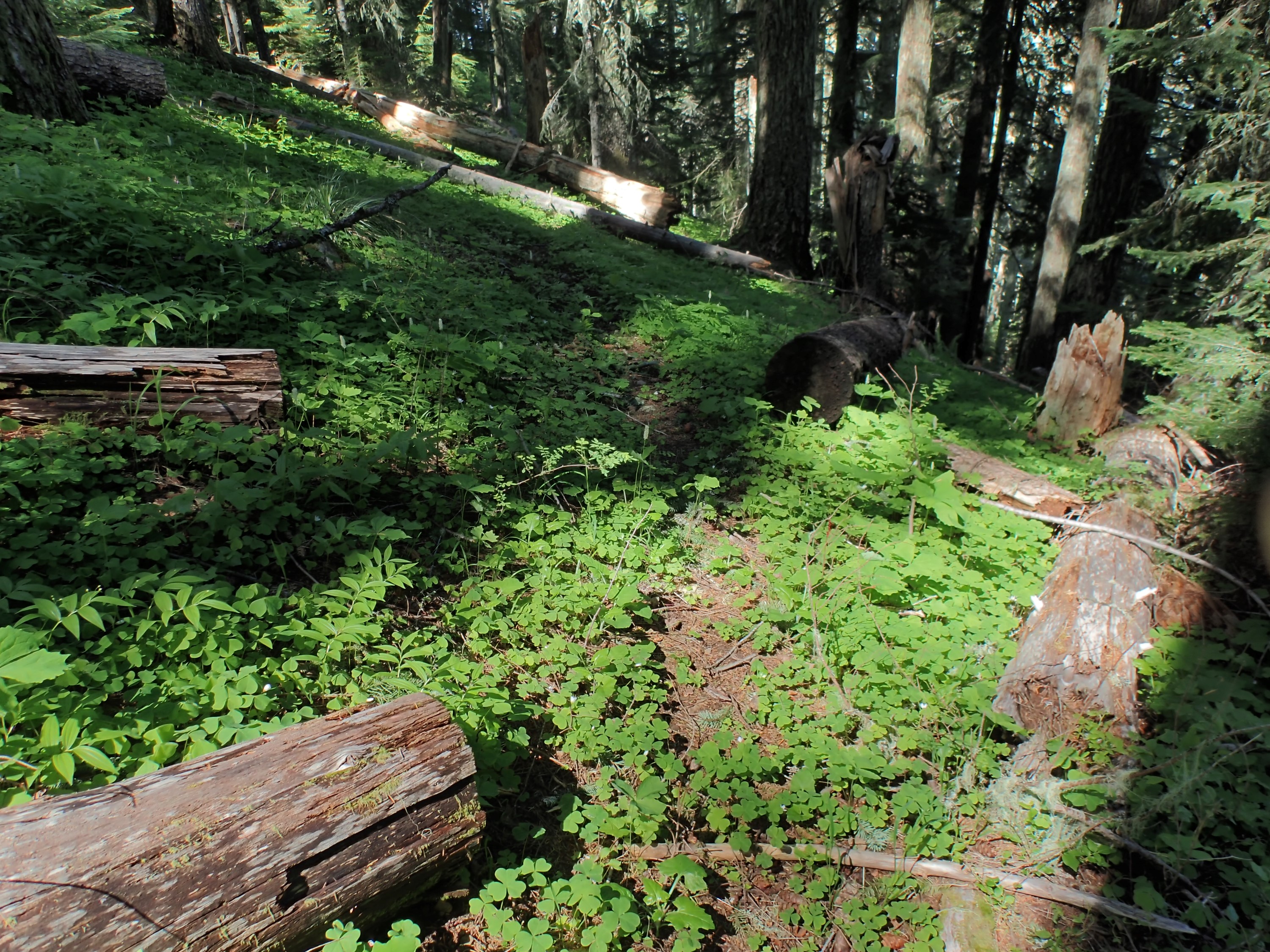 Following an overgrown trail sometimes requires looking for subtle clues. This image shows the trail leading away right down the center of the image. Can you see it? How about on the other side of those fallen trees in the foreground? 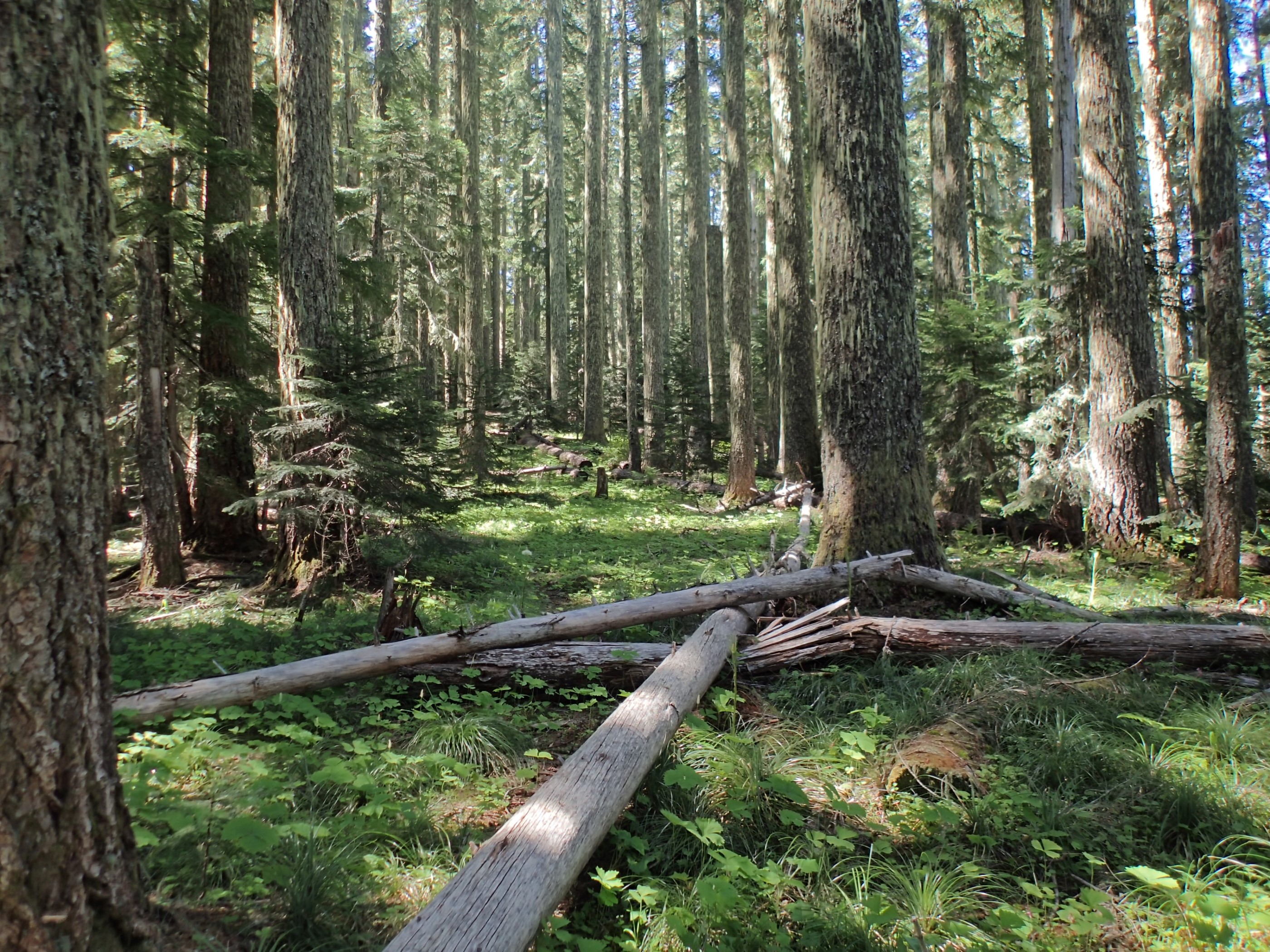 Here I zoomed in a little. See the cut log ends? That’s trail right there: 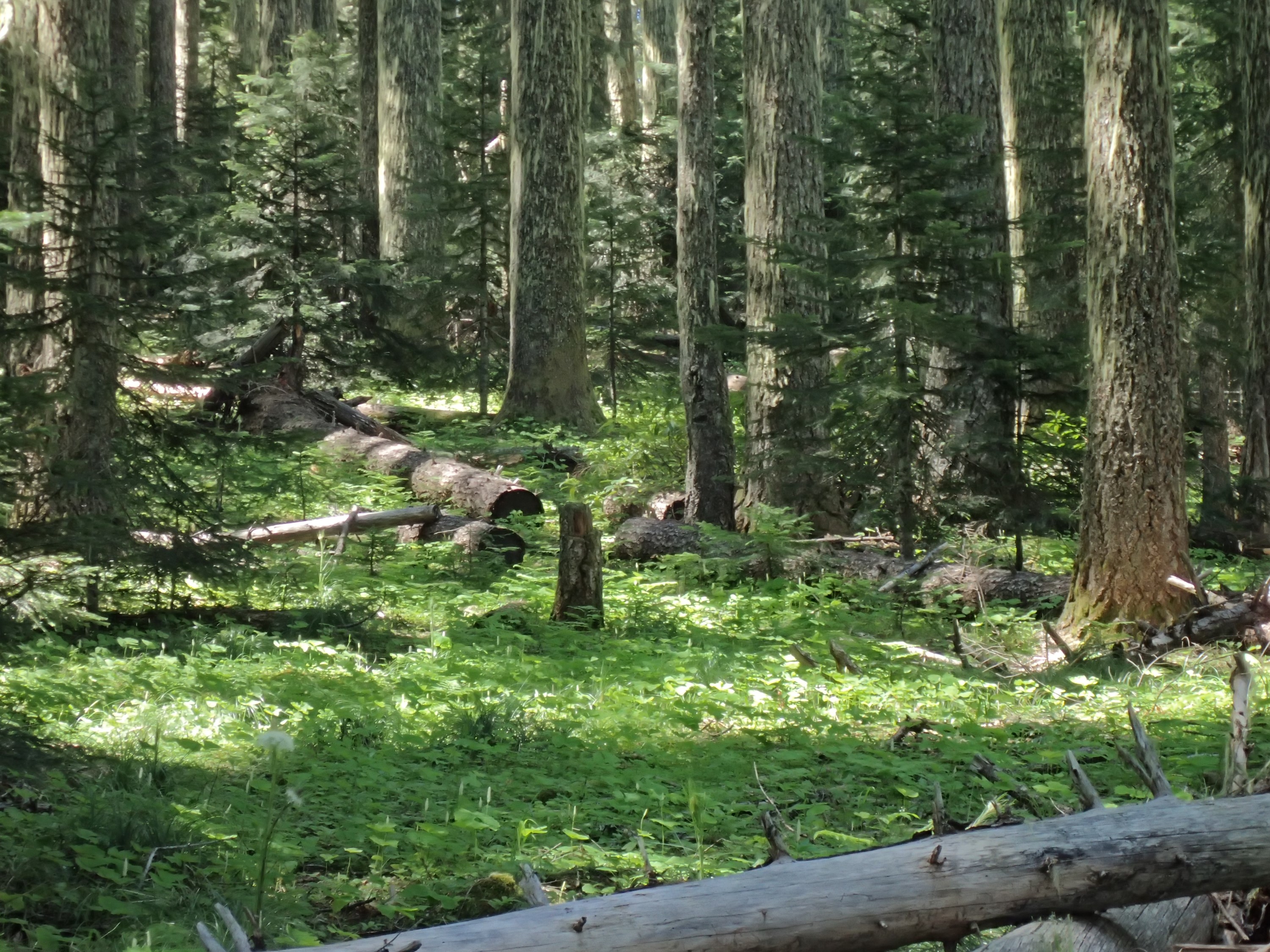 You can also make out the black scar of a blaze cut into the tree just above the cut logs. Often these were all the clues I had: 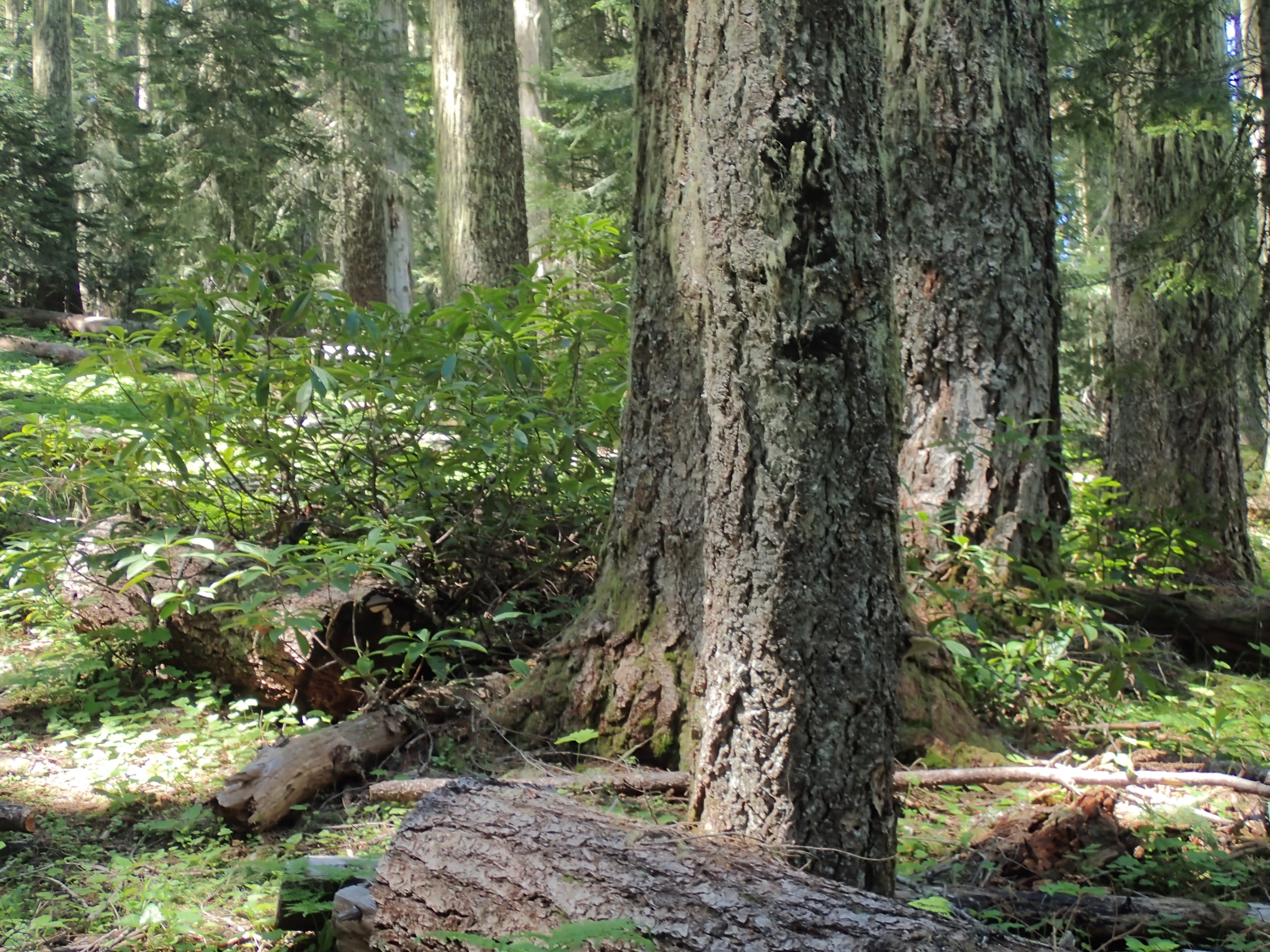 Sometimes it was nothing more than following a ‘slot’ through the trees, like in the center of this picture. Often I had to have a bit of faith that I would find better signs of the old trail up ahead: 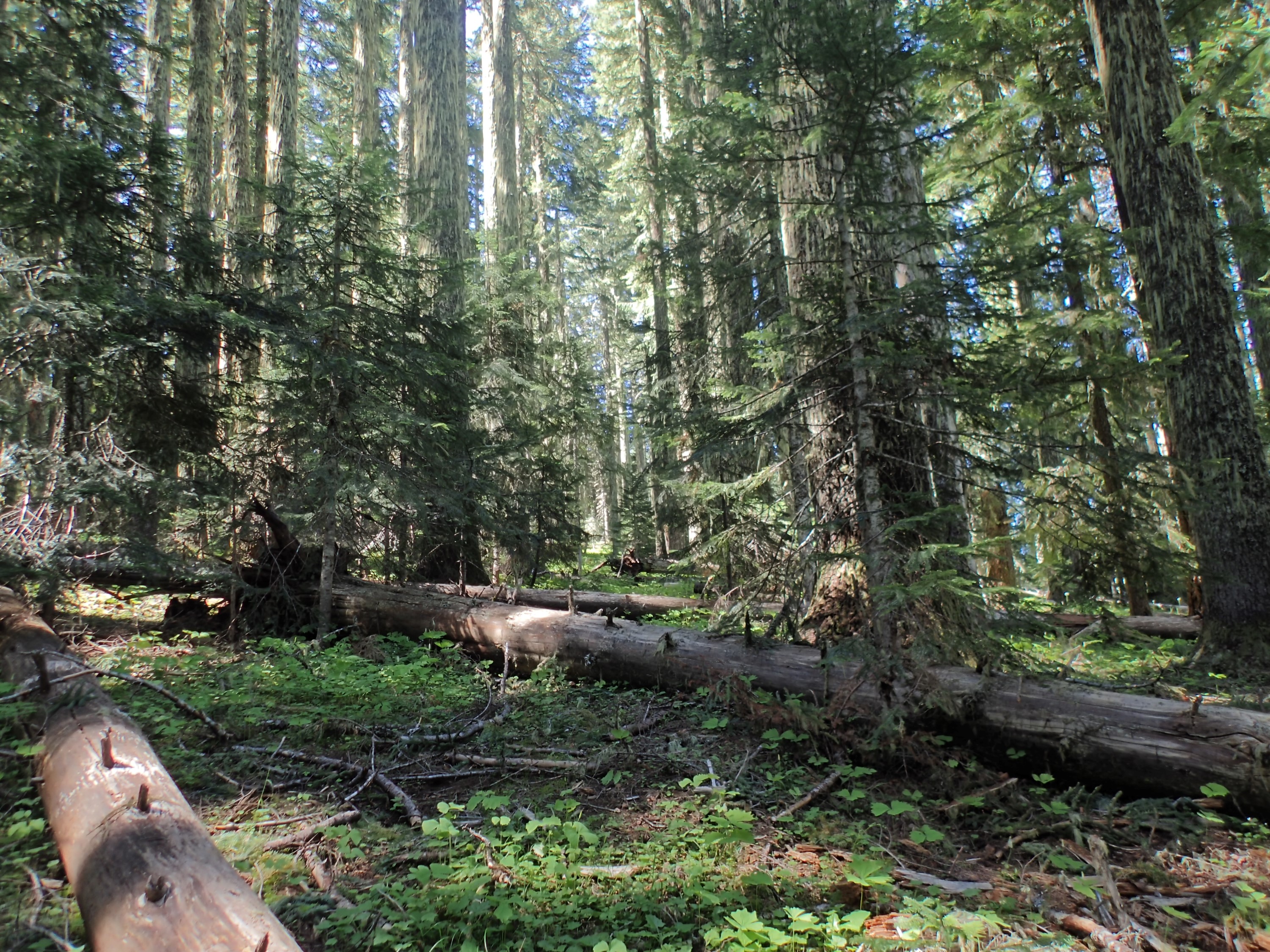 And sometimes there was almost nothing to go on except guesses. Like other pictures, that’s the trail running right up the center: 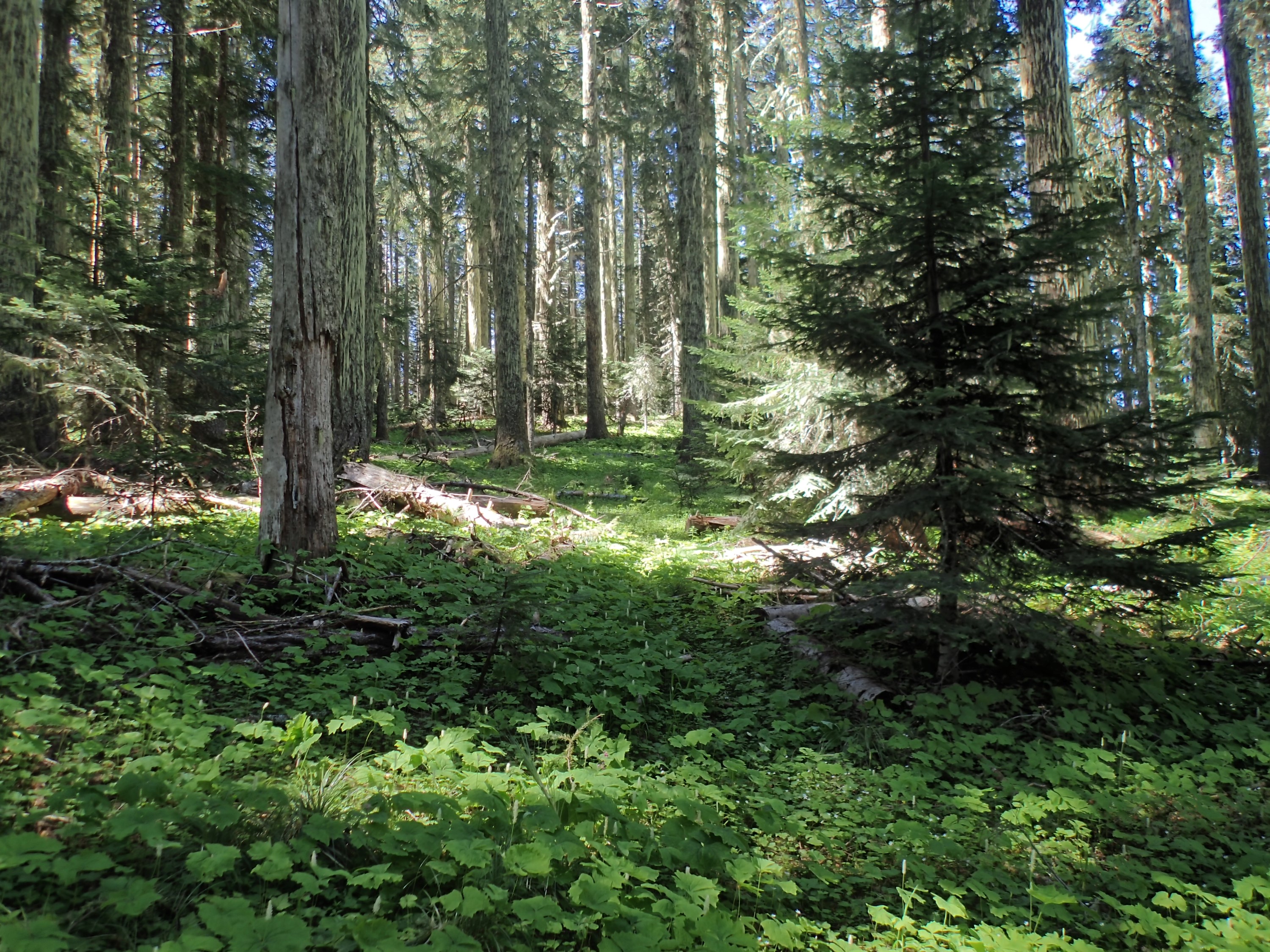