While on my 75-mile trek I used a resupply cache that was left for me at East McFarland Lake. This allowed me to carry 4 days worth of food at a time instead of the full 8 day load. However, caches in the wilderness have rules. They can only be left for two days. That is why I had the cache dropped after I left McKenzie Pass and I arranged to have it picked back up before I finished my trip. Unfortunately, I found that the cache had not been retrieved after nearly two weeks, so I high-tailed it up there on August 16th to pick it up. I try to follow the rules.

I would like to apologize for the photo quality. It appears that I had some moisture inside my lens, and it blurred the upper center area on most of the pictures I took.

The moss was “fruiting”. In this picture you can see that it has grown stalks with leaves, and some of them have yellow spore sacks on even taller spindly stalks: 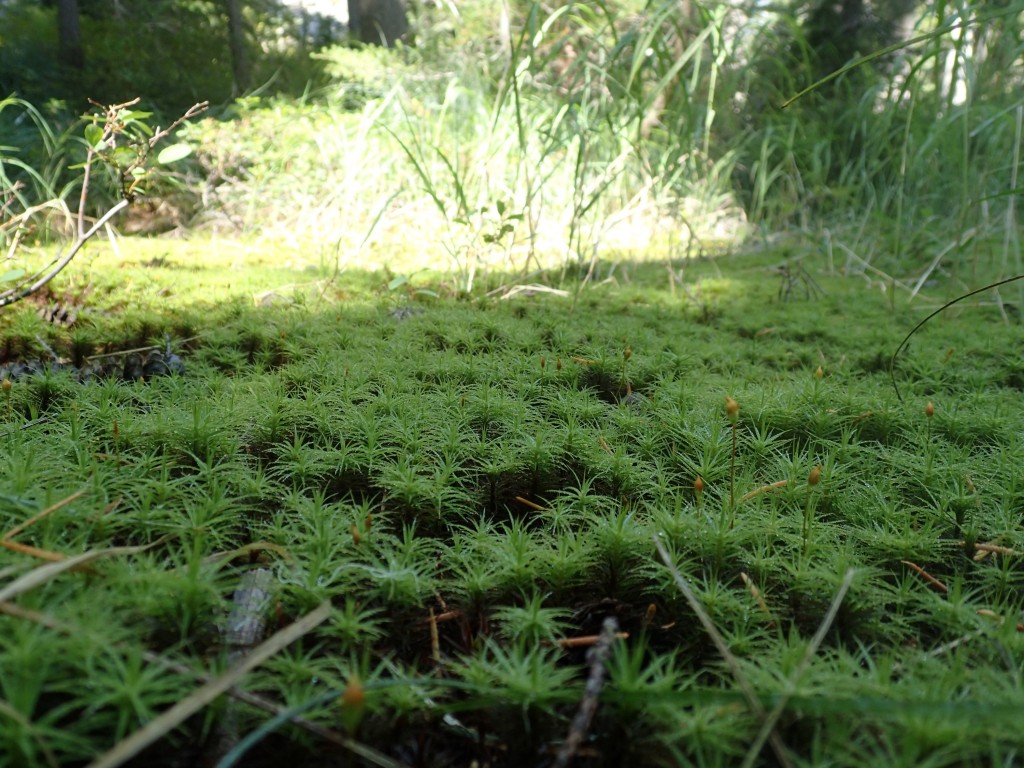 I go up here every year, and I was in a hurry, so I didn’t take much time for pictures this trip. This is an un-named pond along the way: 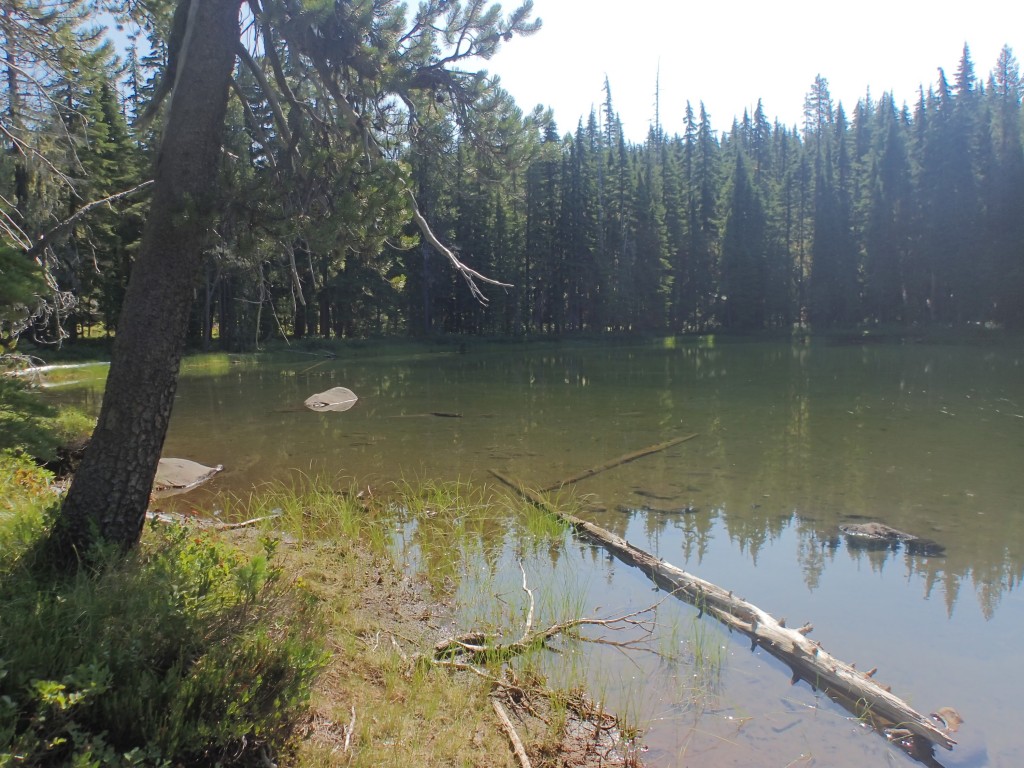 Farther up the hill and just before McFarland Lake, is this one – Piper Lake: 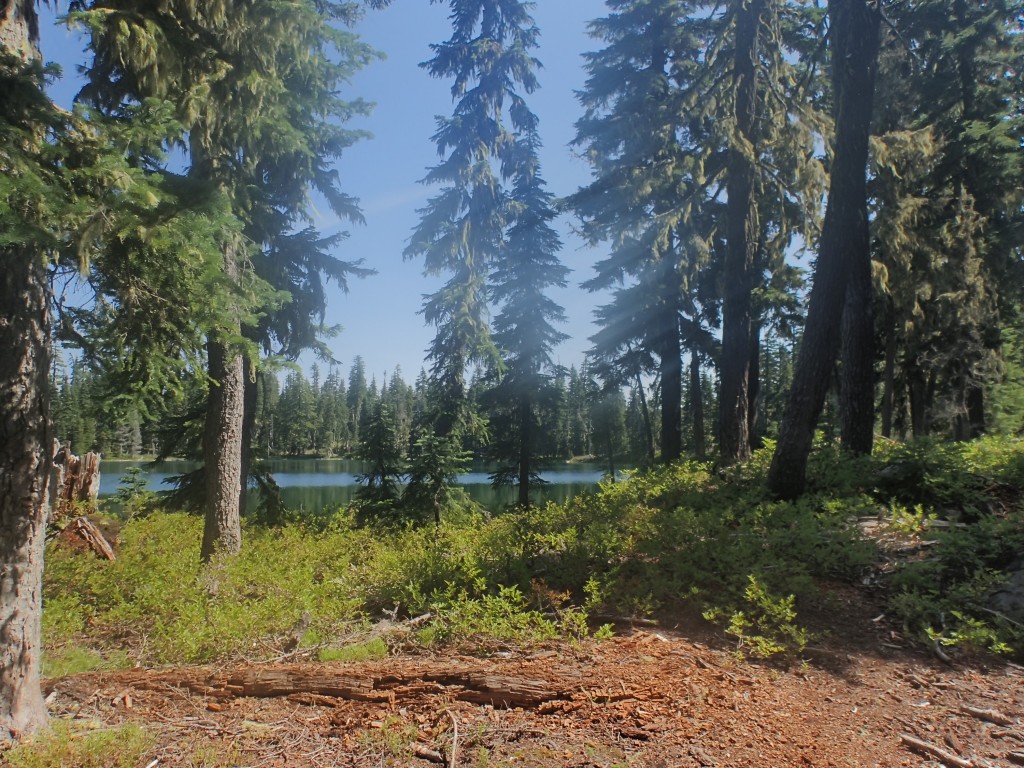 Just a few minutes later I reached McFarland Lake, the biggest lake on the mountain. Too bad it’s a huge mosquito magnet: 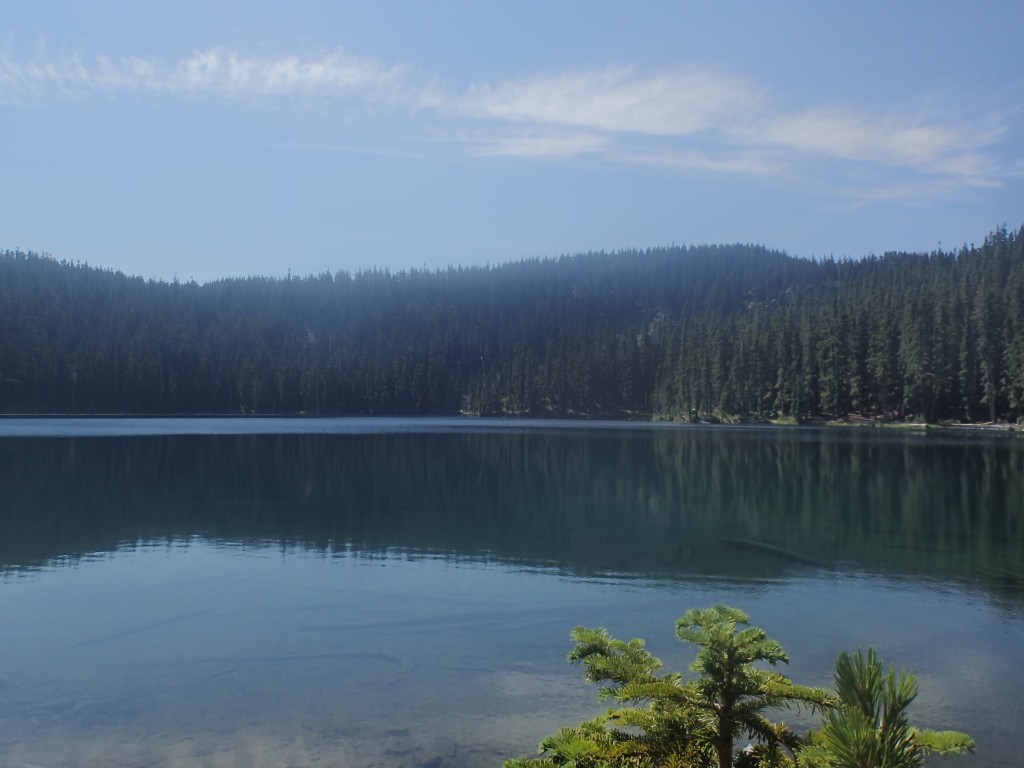 Heading directly east from the north shore of McFarland you immediately run into this pond. It takes the overflow from McFarland: 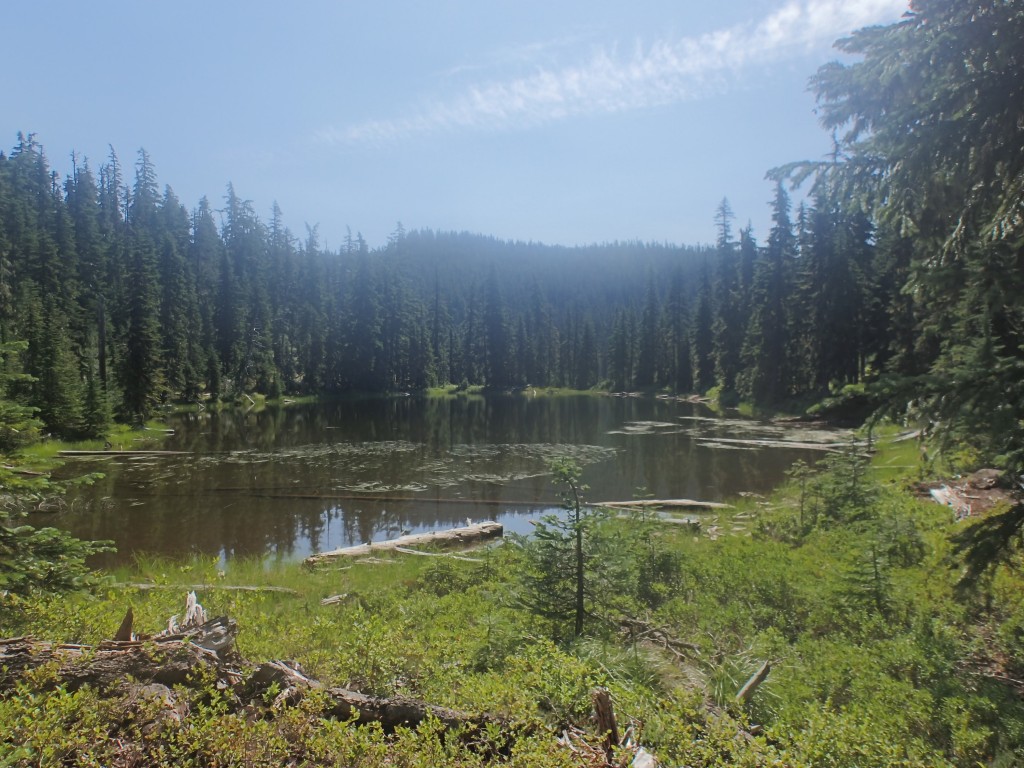 The a bit farther east is this lake. It has no name, but it is beautiful: 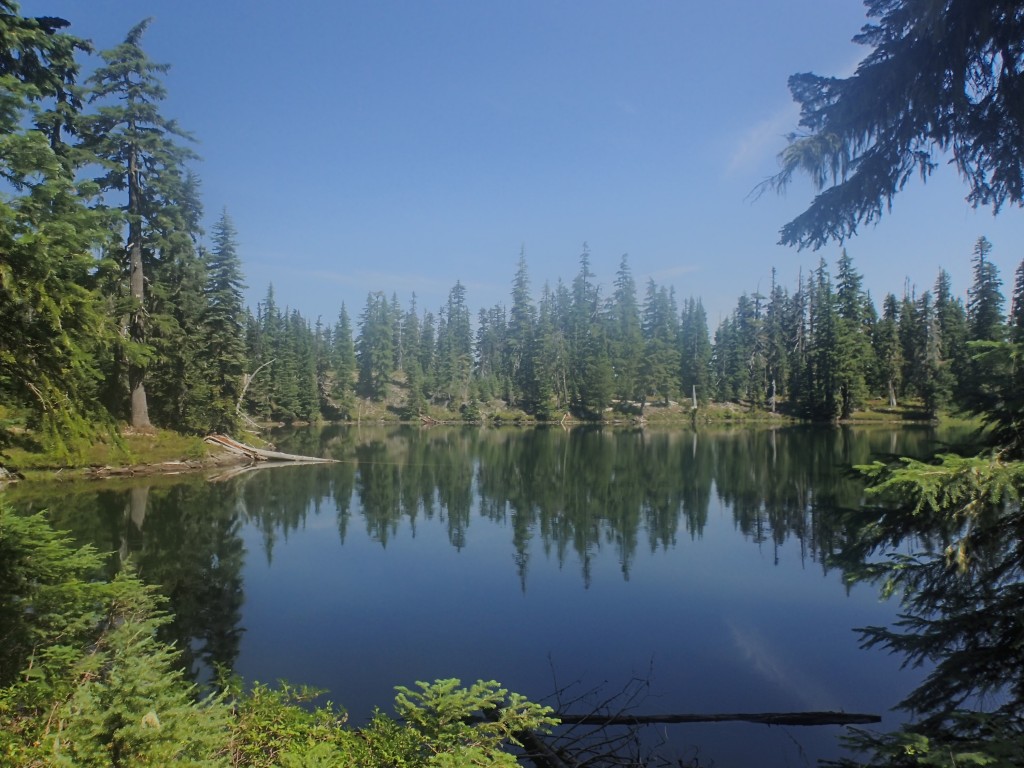 And then just eastward again is yet another un-named lake. This one is a good candidate for a campsite on a future visit: 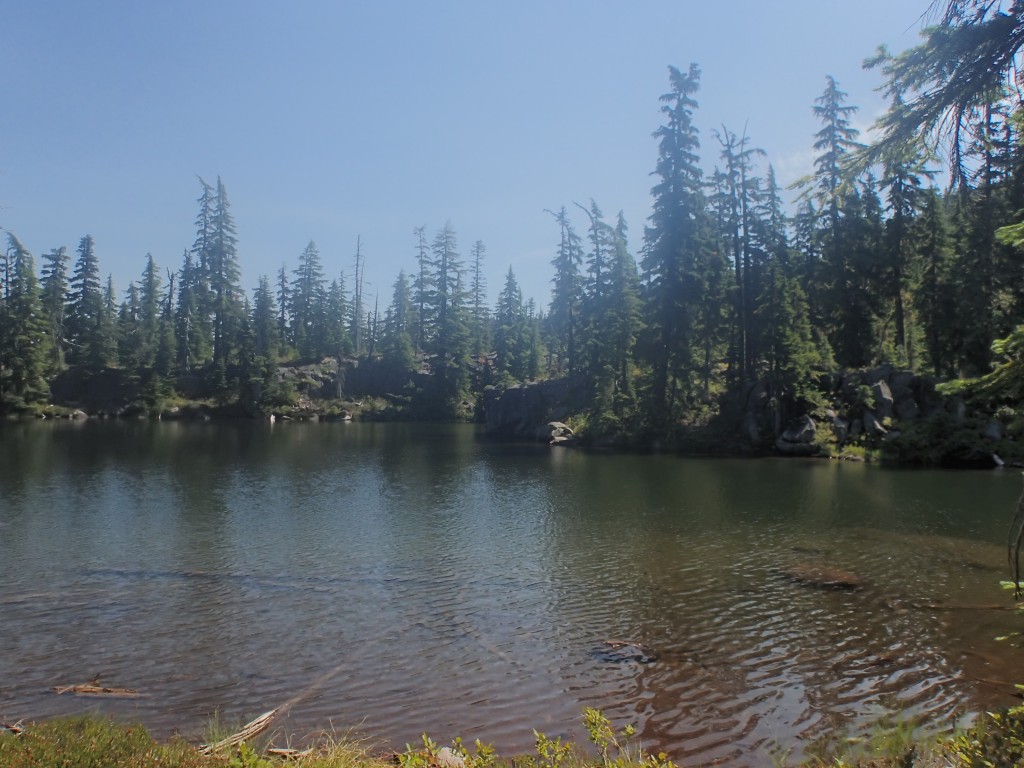 All of these are near the upper reaches of Irish Mountain. As I traversed the north face of the mountain to reach East McFarland, I was traveling without trail. A number of small streams flow down the hill in this area, but this is the nicest one: 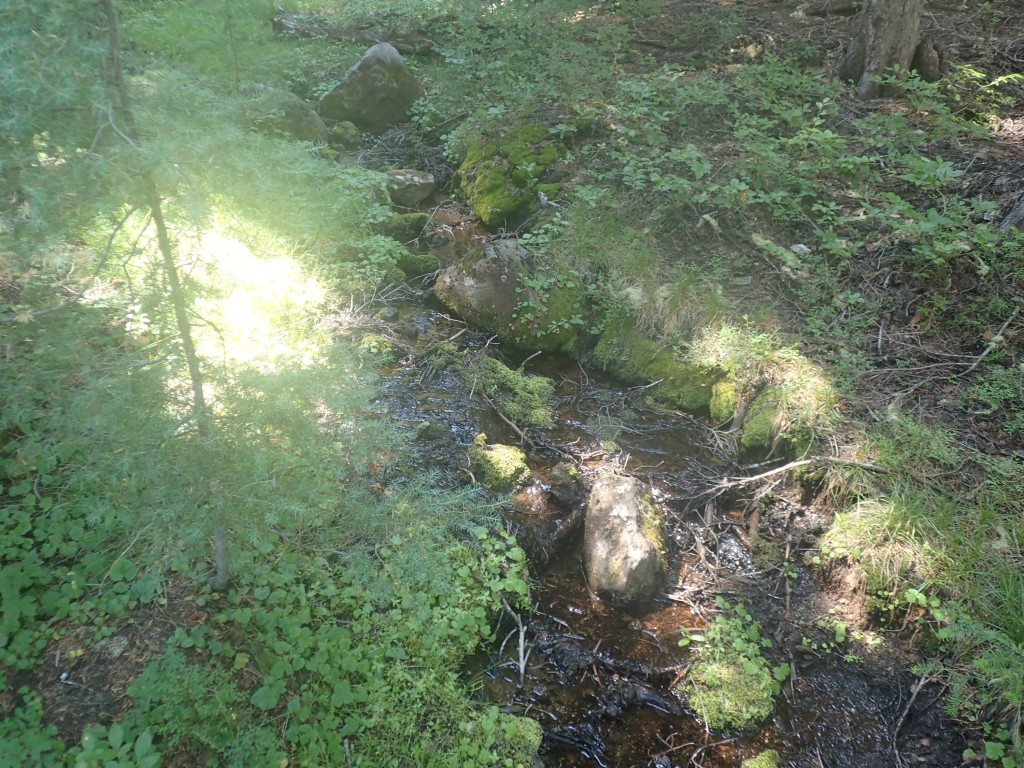 This area is fairly rugged, and the hike up here is rated the hardest on the trail rating scale. It’s a lot of work, especially the mile or so off-trail. Finally, after all that work, I spotted East McFarland Lake:

Still beautiful, but I noticed that the water level had dropped 6-8 inches just in the last two weeks. There are no streams to feed this lake. It is filled by snow melt only, so it slowly recedes all season: 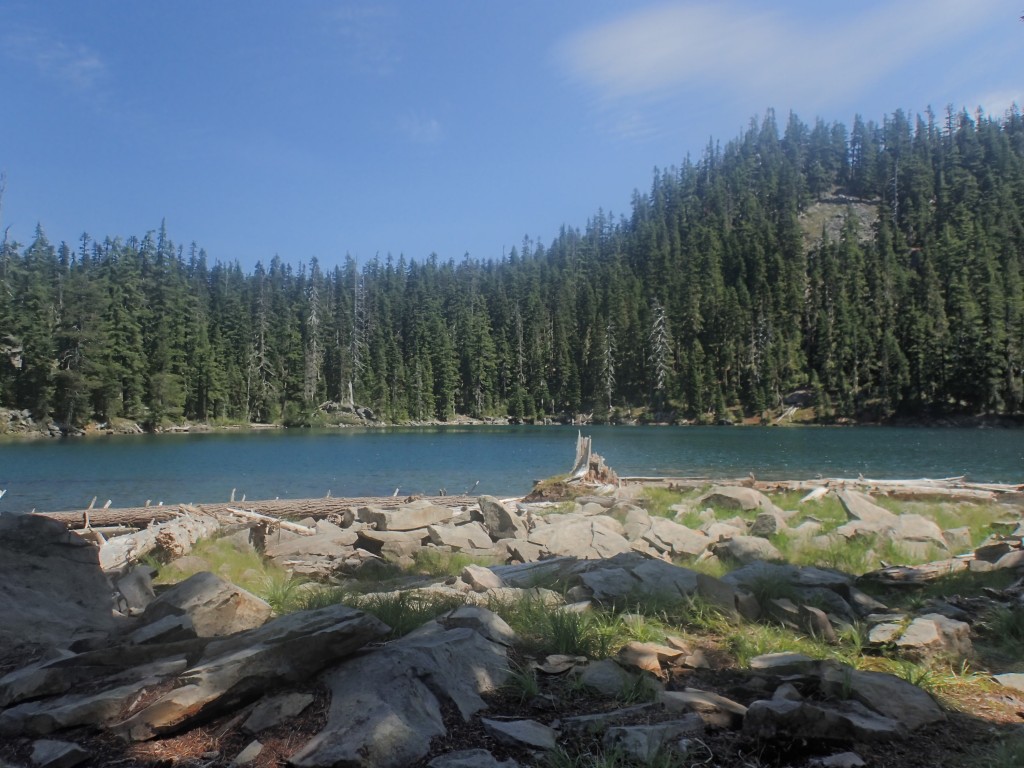 Not only was my cache still up here, but I found the beer I had accidentally left behind. I had included it in the cache as a treat and dropped it between two rocks in the lake to chill, but then I forgot about it before heading out the next day. I wasn’t going to carry that weight back out of here, and it would have been a shame to just pour it out… : 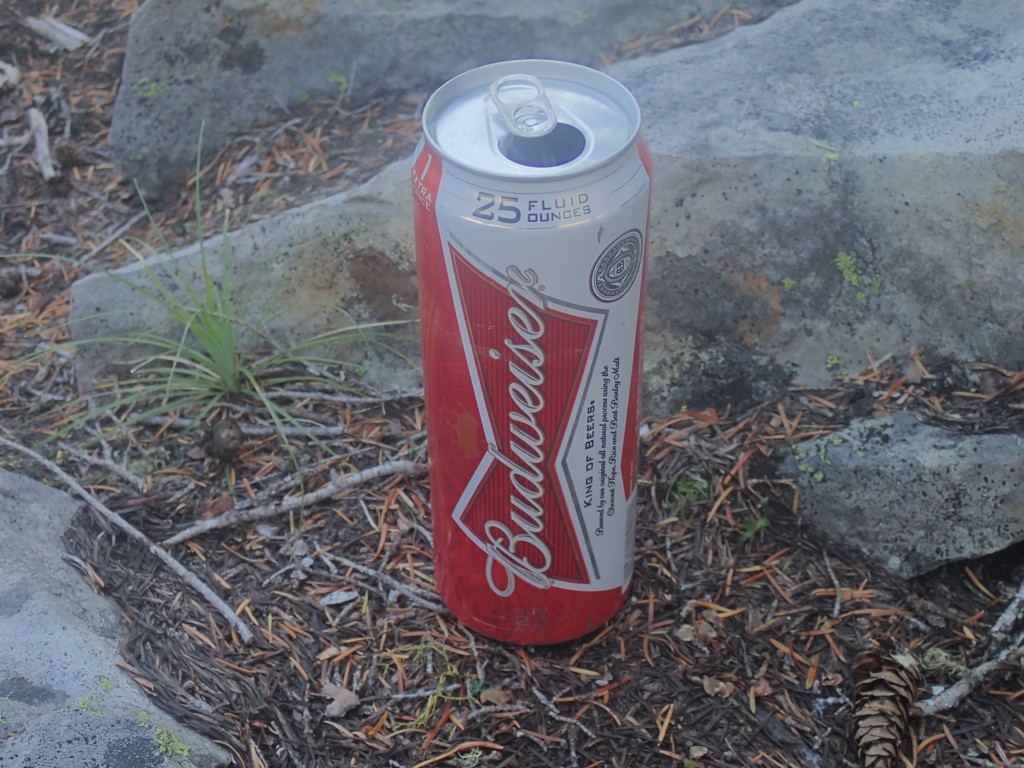 I even spotted another pika. Those little guys are sure fun to watch: 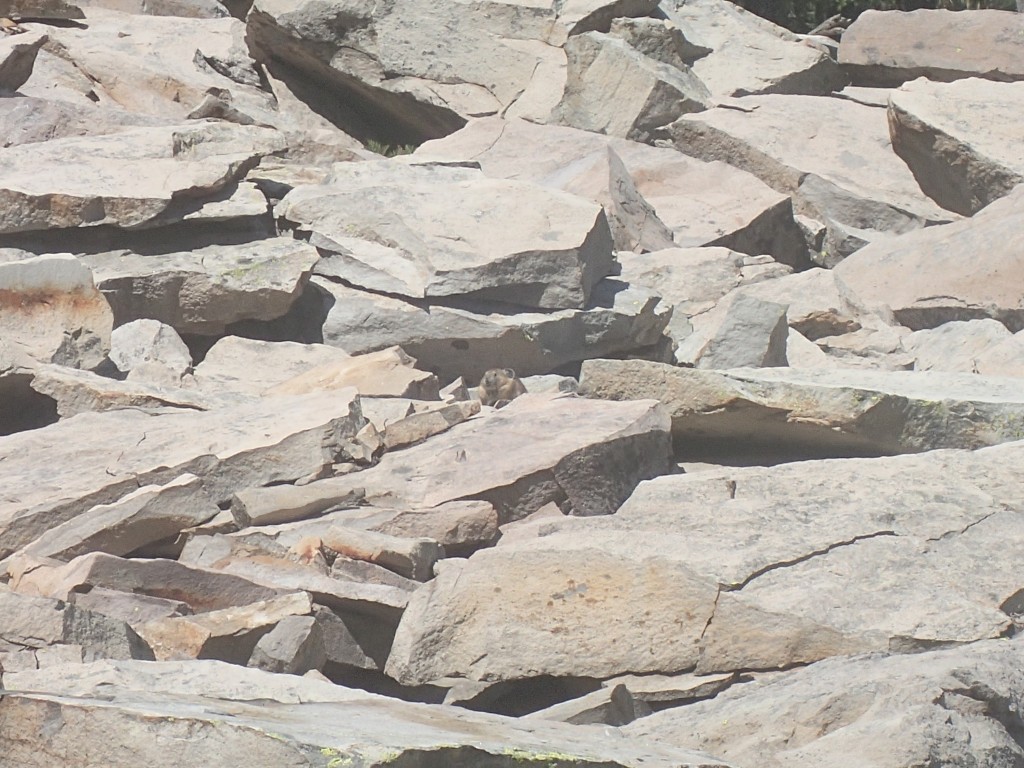 After I finished the beer I loaded the cache bucket into my pack and headed back the way I came. All told I covered 12.3 miles of taxing trail in 5 hours and 40 minutes of walk time, which is pretty good. And I did it without wearing myself too thin, which is good because I had another big day hike planned for the next day.

Here is my KMZ file with my route for the day and all the picture locations. Please feel free to download the file and view it in Google Earth.