On August 3rd I awoke to a sky full of smoke. Apparently a forest fire some miles to the east decided to bless me with this, though it didn’t smell smoky at all. This would take a good part of the day to clear up, although I think it cleared mostly because I got far enough away, not because the smoke cleared up: 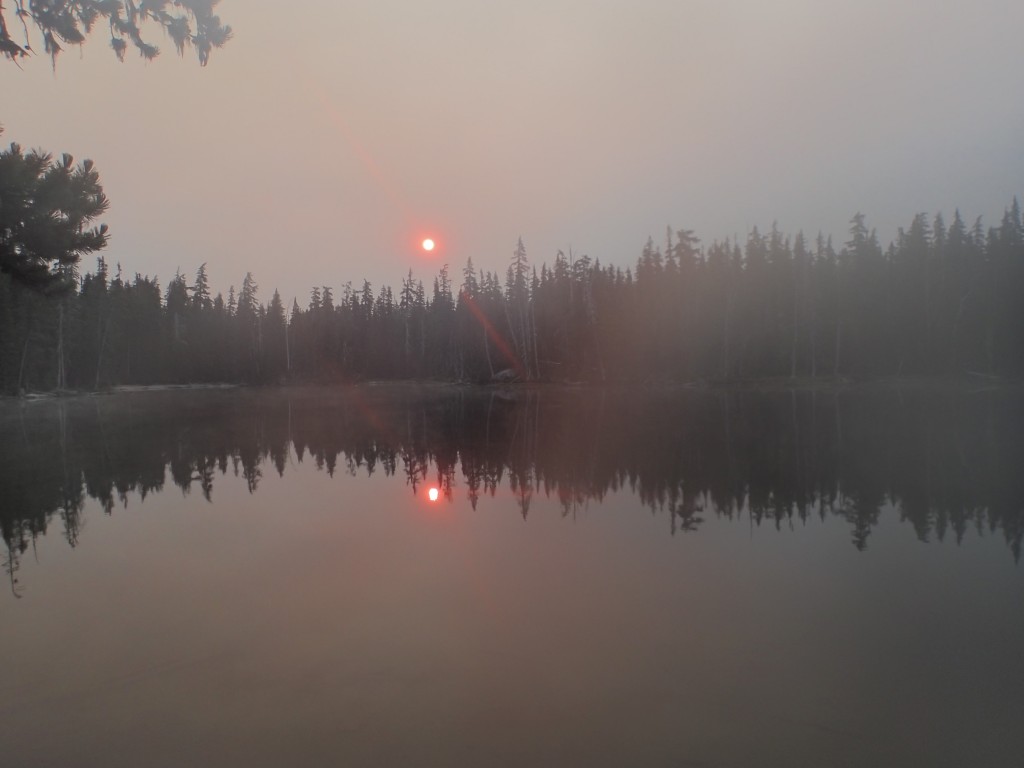 On this day I had originally planned about 16 miles, from East McFarland Lake to Charleton Lake. Since I took a few miles away from that the day before by moving to Brahma Lake, today promised to be easier than originally planned at only 8 or 9 miles. In addition, I felt pretty good after the last two short-ish days, so I headed out in high spirits.

Returning to the trail marker theme of the day before, I found this example of the wooden markers I had been seeing periodically. Actually, I think this might be the last one I spotted: 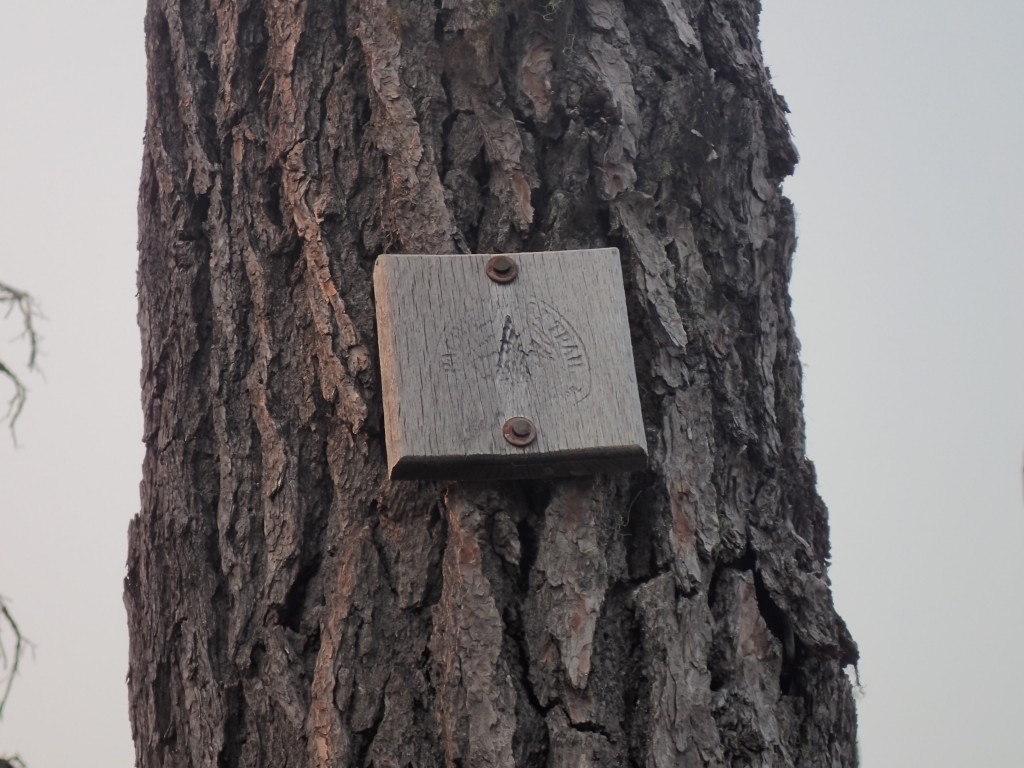 The first part of the day was uneventful. It was about 3.7 miles of hiking through trees, with few lakes and no views at all (thanks to the haze). I then reached the edge of the Charlton Fire area. This is another burned-out area that is slowly recovering. Over 10,000 acres burned here in 1996, leaving a huge scar just north of Waldo Lake:

Although I was sad to see so many dead trees, the silver lining is the invasion of wildflowers. I found the following as I threaded through this forest of tall stumps, but I have been unable to identify them. I’m no botanist. Perhaps someone can help me out: 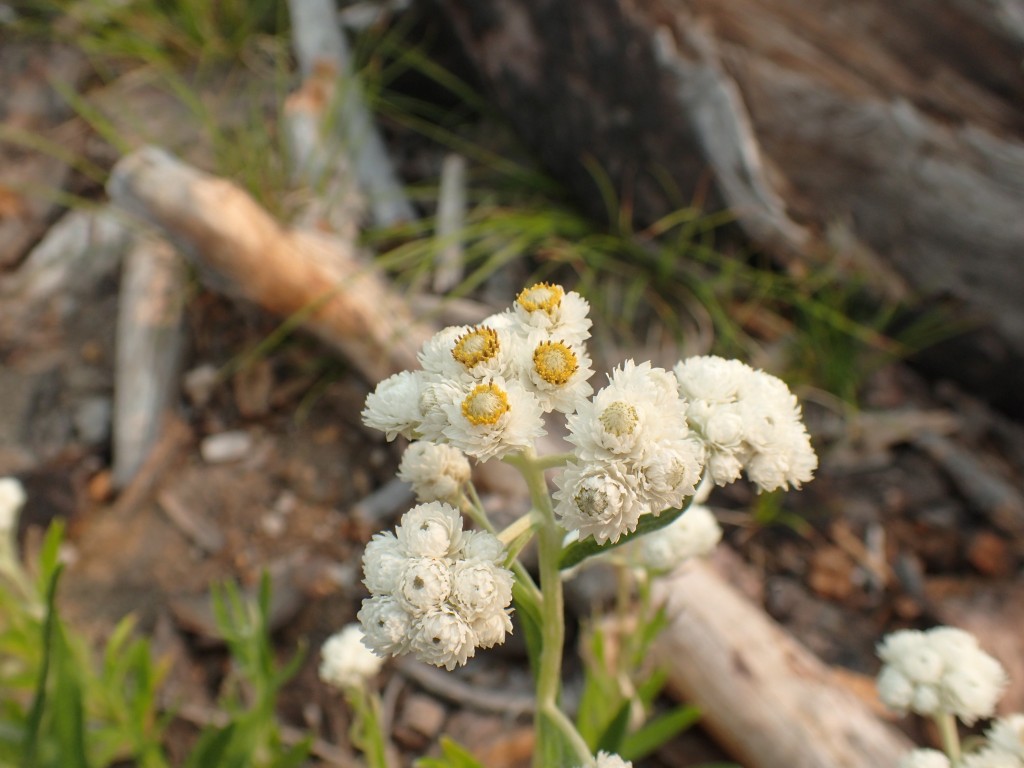 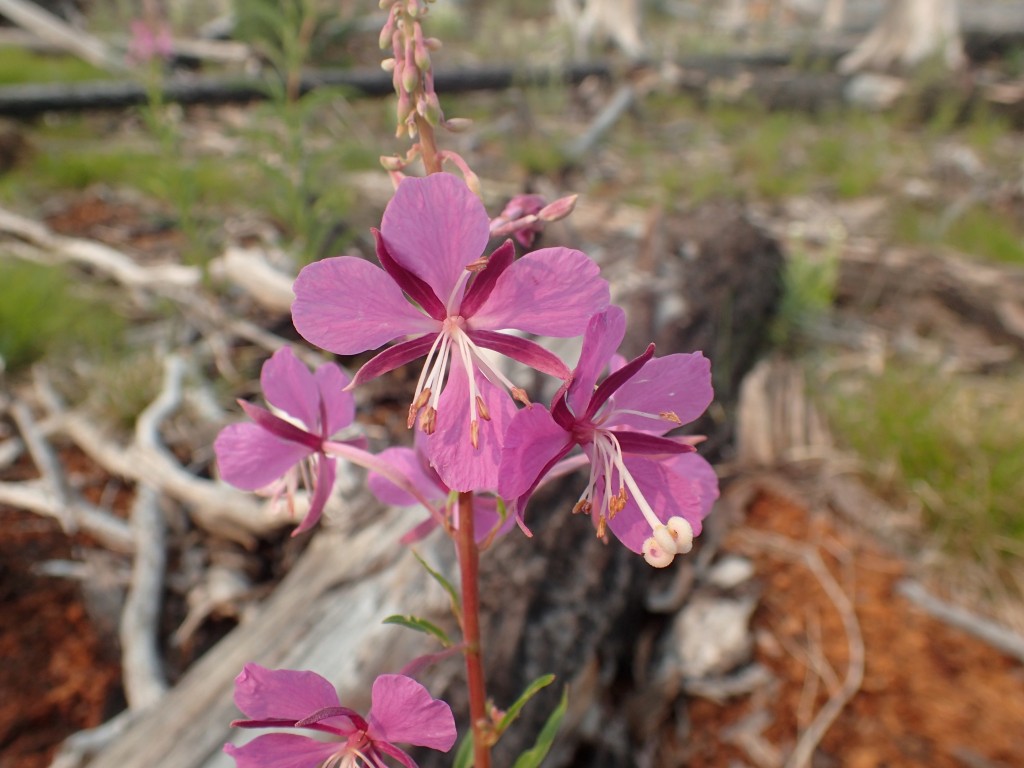 This did not have flowers, but it did have berries. These little plants were all over the place. Again, I do not know what it is:

I hiked for three miles in this burn. It seemed to go on forever at times. Here’s a shot of Charlton Butte showing more devastated forest. I didn’t know it at the time, but Lily Lake is between the rock outcropping in the foreground and the butte in the background. I had originally designated Lily Lake as an alternate campsite for the end of this day. I doubt I would have found a safe place to hang my hammock though, so I’m glad I changed my plans: 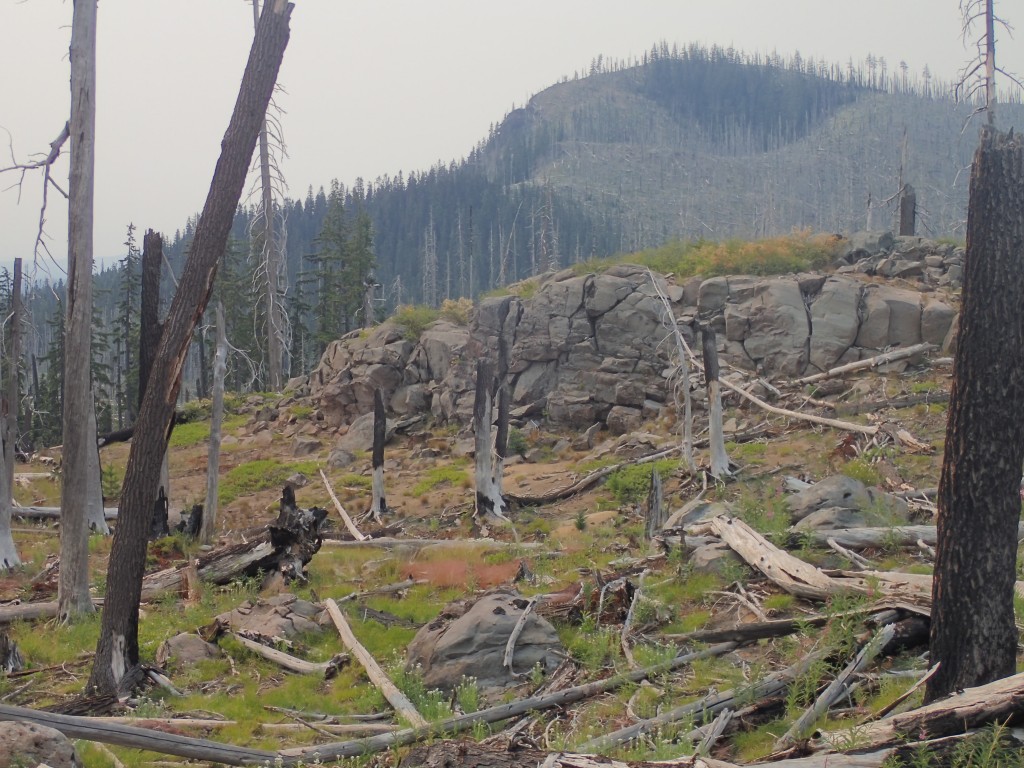 Finally I reached the edge of the burn and the trees and undergrowth came back. I spotted one of the new metal trail markers for the PCT. These were much more common for the remainder of the trip: 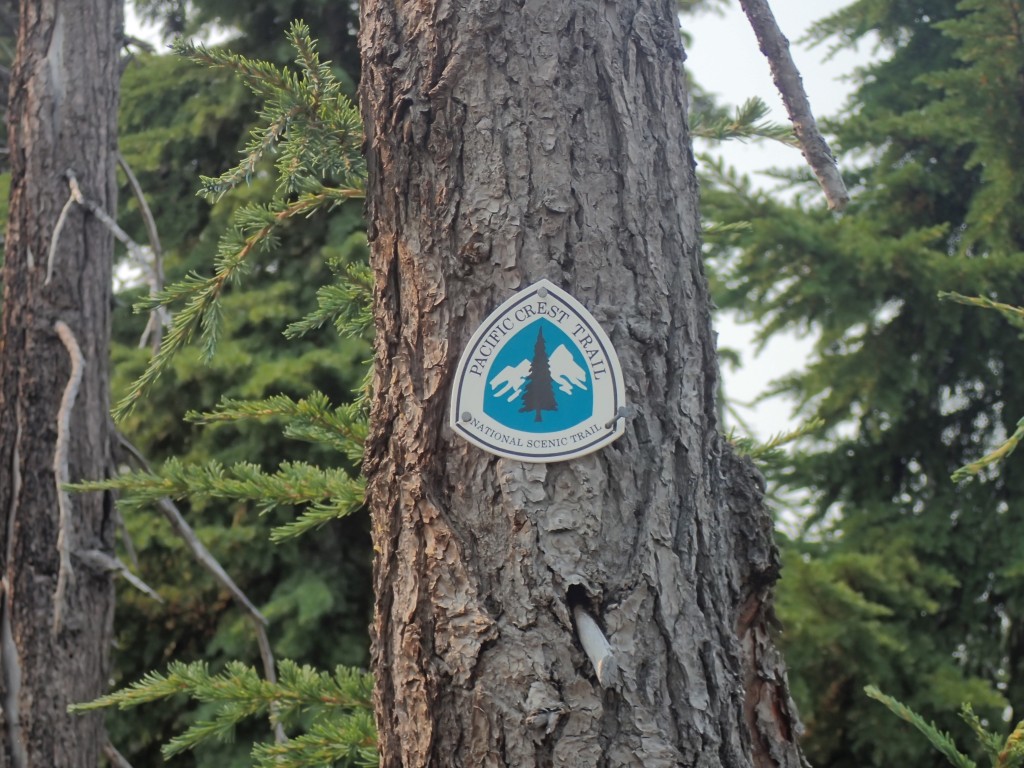 Usually I saw the metal or wooden markers pictured above at trail intersections. Reaching a junction, I could simply look to the trees down each path. When I spotted one of these trail markers, I would instantly know which way to go. The regular signs did not always make it obvious which way the PCT went. In many cases where markers were absent and the sign was not helpful, I found that someone had used a sharpie to clear up the confusion. This sign is a good example: 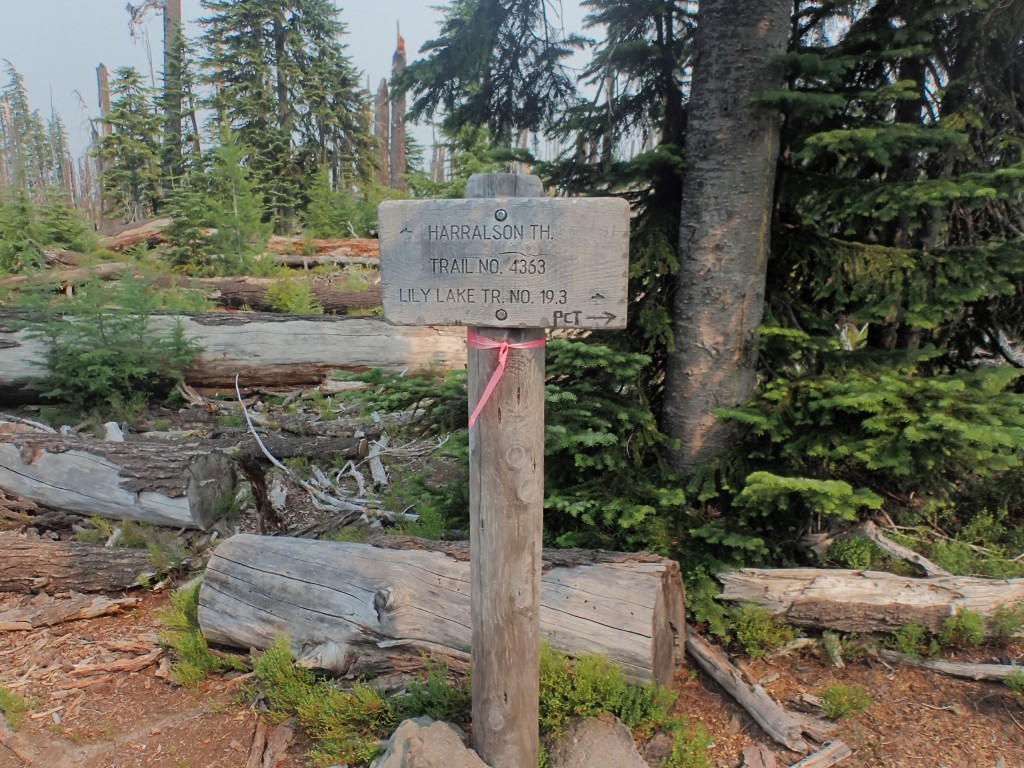