On February 2nd I headed out to Fall Creek. The last few hikes had been relatively short and I was feeling like I needed to stretch my legs some. My goal was to do at least 10 miles. I almost managed it, but not quite.

At 9am I was parked at the trailhead. It was cold and damp out, and somewhat muddy. There was no one in sight, and although the nearby campground was closed, the bathrooms were still open, which was a relief. I took advantage, and then grabbed my pack. 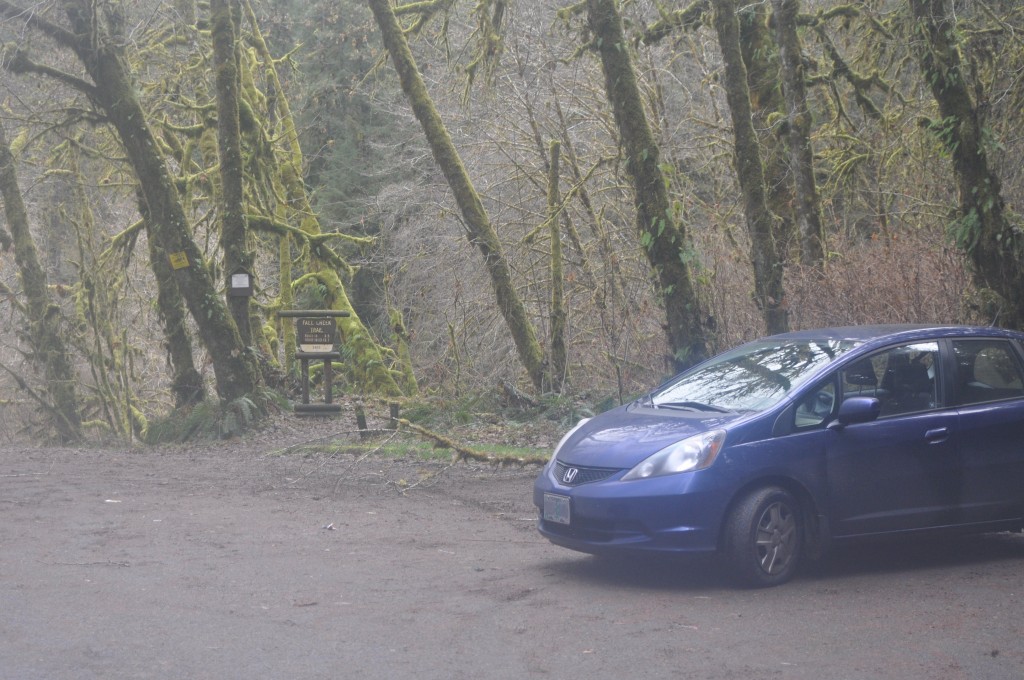 This trail goes farther than I intended to hike, so my expectation was that I would hike as far as I could in 4 hours and then turn around and head back. I expected to pass Road 18, but not make it to Road 1833, since that is almost 14 miles away. 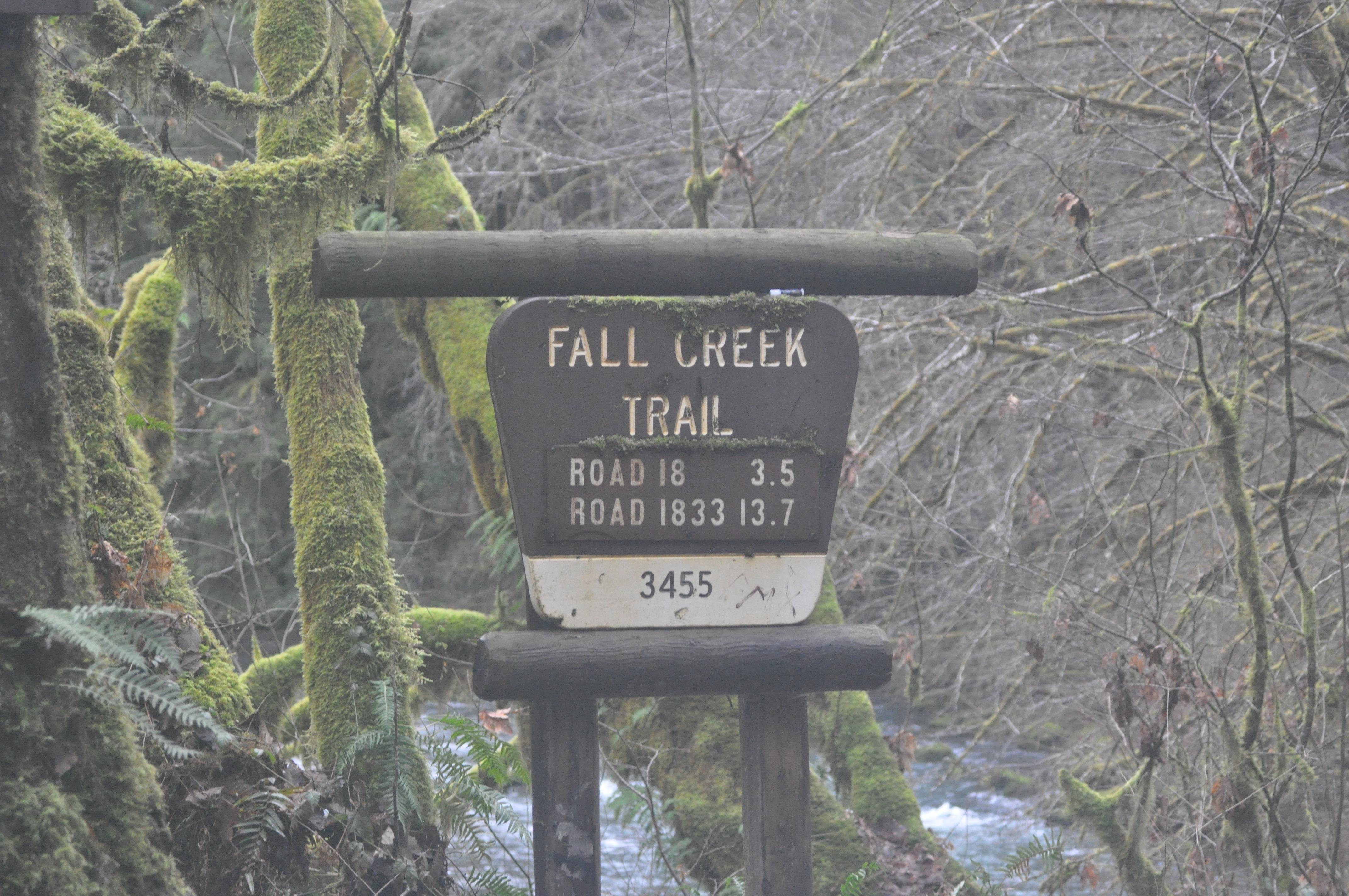 There was a warning that the trail went through an area affected by wildfire. I wasn’t too concerned about this, as I have hiked such areas before. Usually you just watch out for widow-makers, which are dead trees that can drop large branches or the entire tree without warning. Despite the ominous sound of the nickname, these are found everywhere in the woods, and you get used to looking out for them. It was nice of the Forest Service to warn me though. 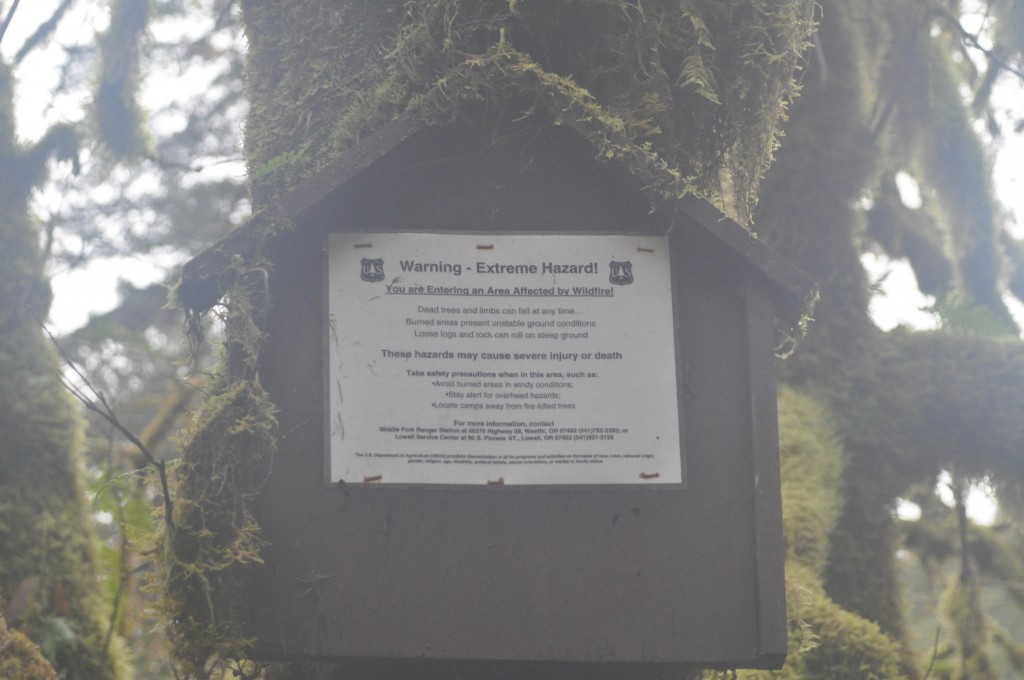 By the way, I apologize for the fogginess in some of the pictures. My daughter was visiting my parents in Texas, and she had borrowed my usual hiking camera. This left me using my Nikon D90. It is a great camera, but it is not the least bit weather-proof, and the lens kept fogging up. Unfortunately, some of this was happening on the inside of the lens where I couldn’t wipe it dry, so some of the pictures definitely suffered.  I really do need a weather-proof camera. I’ll talk about that more in a future post.

Recent rains had resulted in a good flow of water everywhere I went. Fall Creek itself was full and moving pretty fast in places. Every so often I crossed a tributary stream. Some were quite large, and most required a bridge to cross without wading. I think I passed a total of 14 streams. two of them were small enough to hop, and five or six had hand-laid stone culverts where they crossed the trail. The rest had bridges in a variety of configurations. 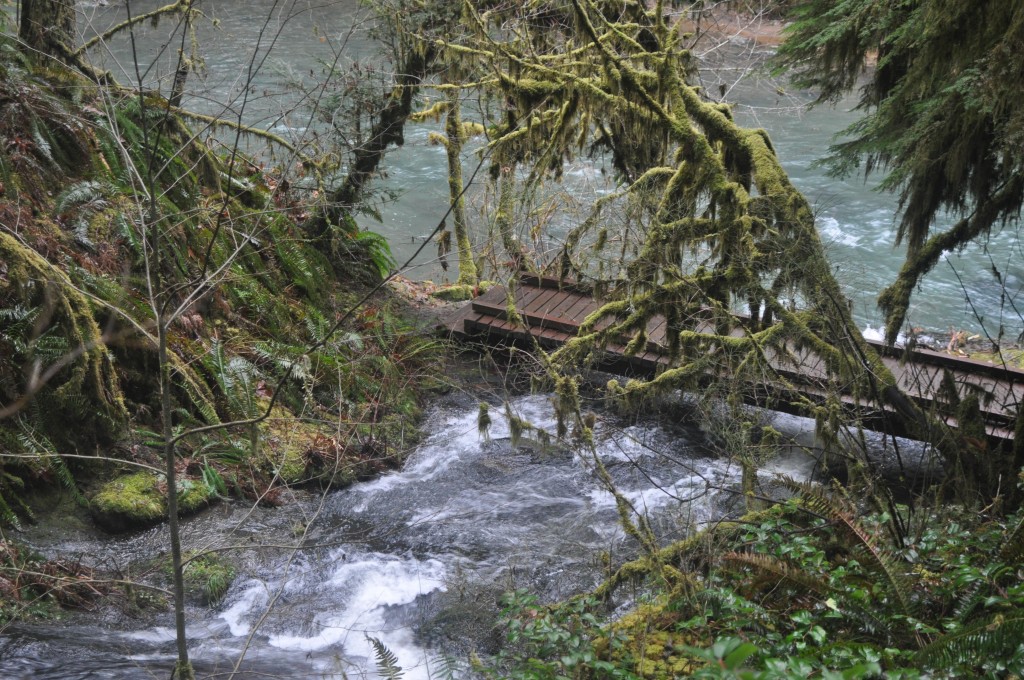 As this hike was following the creek up the bottom of the drainage, the surrounding forest was typical of western Oregon: ferns, moss, trees, moss, rotting logs, and more moss. Mostly, I’ll just let the pictures speak for themselves: 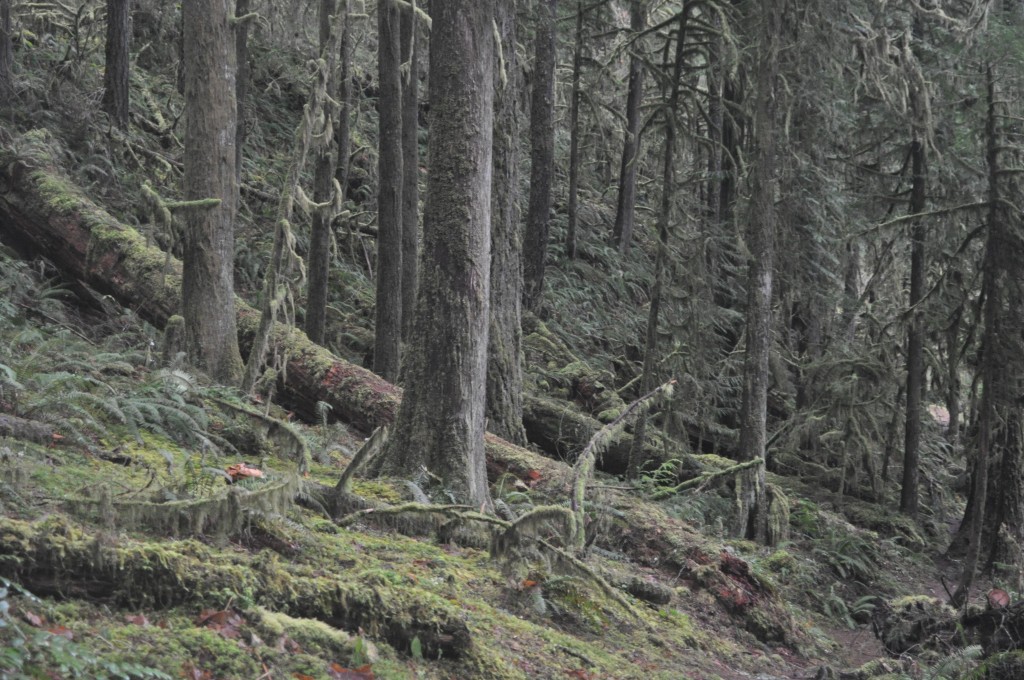 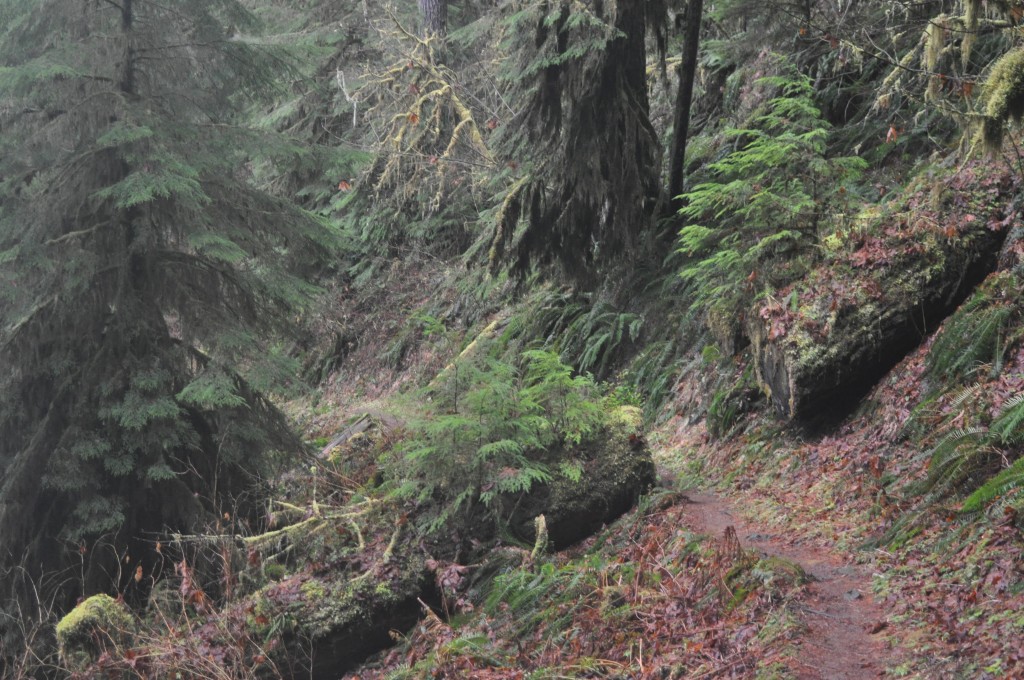 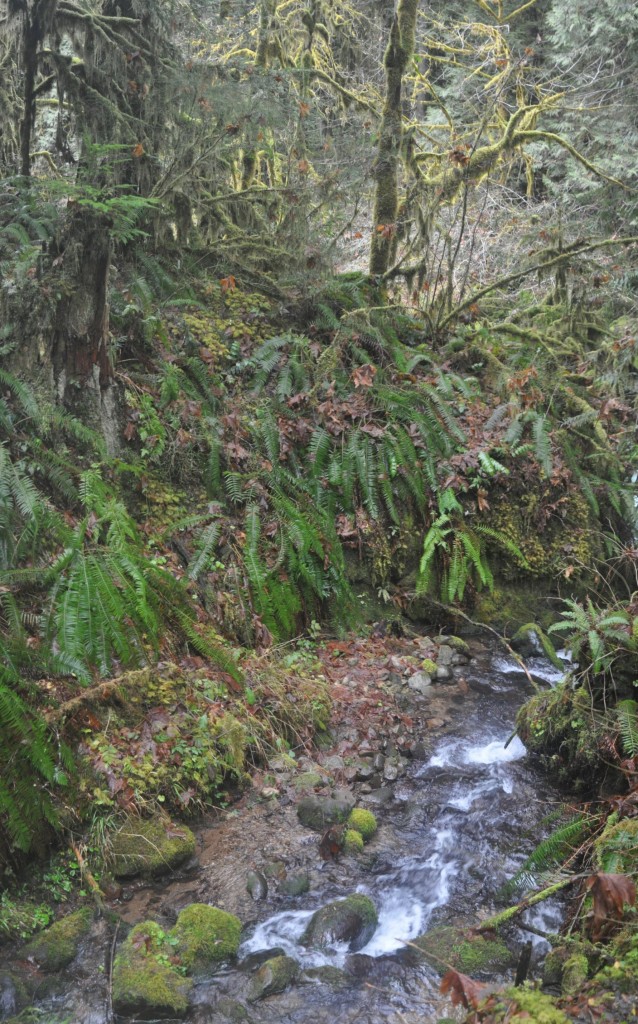 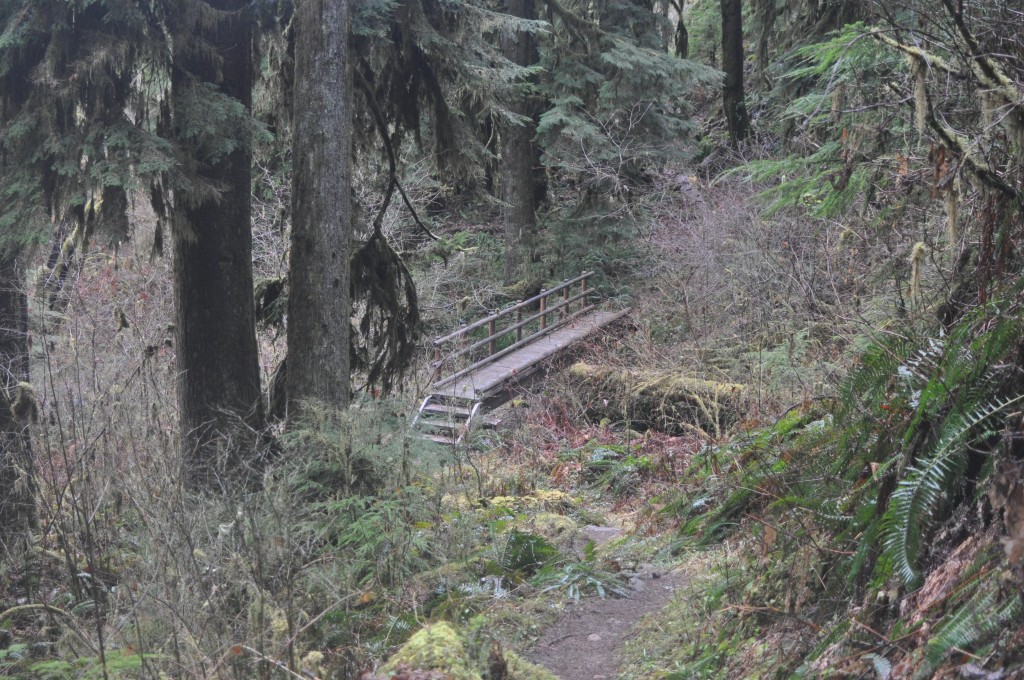 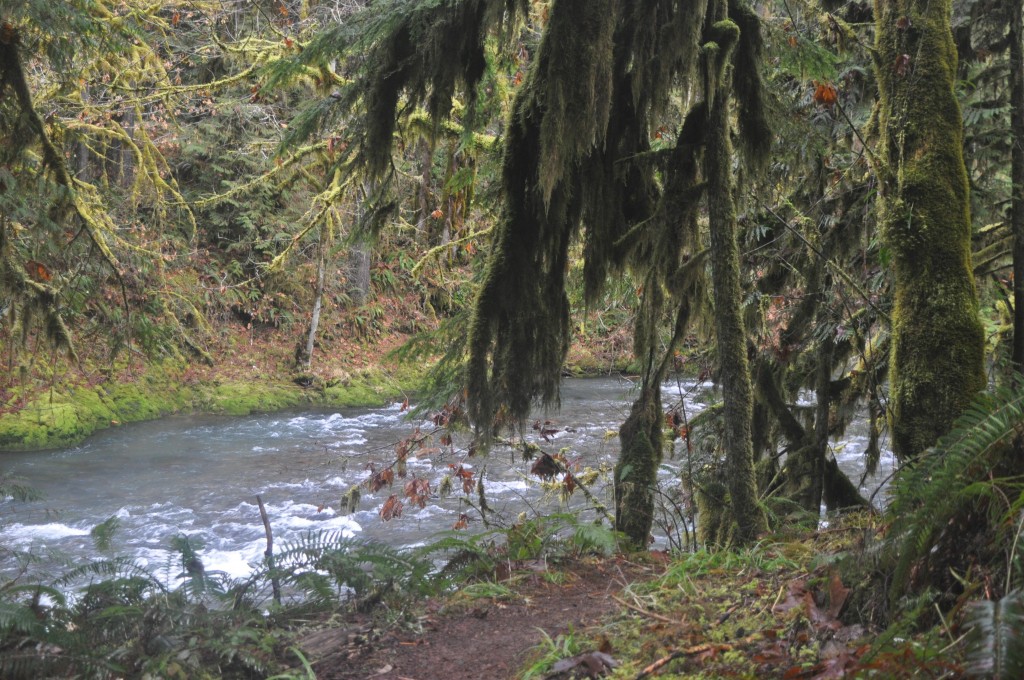